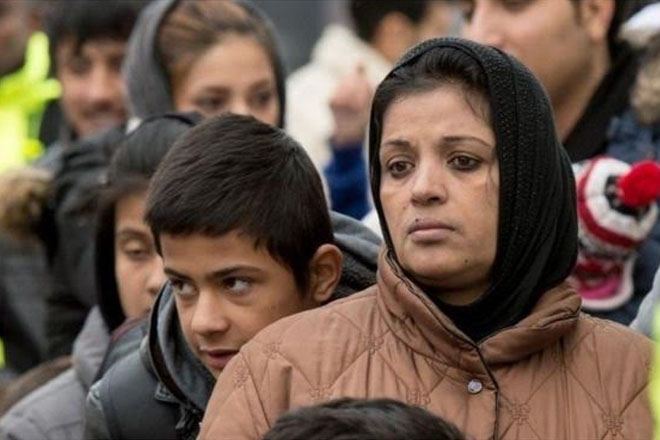 (BBC) The German Chancellor, Angela Merkel, has described the migrant crisis as a “historic test” for Europe.

Defending her policy on migrants at the annual conference of her CDU party, Mrs Merkel said that Germany was standing by its humanitarian duties.

But she said the flow of migrants would be reduced – a step that some members of the party have been calling for.

More than one million refugees have come to Germany so far this year, officials there say.

Her decision to welcome refugees fleeing Syria’s civil war has not been popular within her own party.

Mrs Merkel told the conference in Karlsruhe that the influx would be “noticeably reduced” – the wording of a compromise agreement reached on Sunday with her CDU colleagues.

Mrs Merkel has rejected the idea of an upper limit on migrant numbers, sought by some in her own party and by the leader of the CDU’s powerful Bavarian sister party, the CSU.

Despite the tensions of the weekend’s discussions, Mrs Merkel appeared relaxed and smiling as she arrived at the conference to address her party, and her speech was repeatedly interrupted by applause.

She described 2015 as “an unbelievable year”.

The German leader said the decision by Germany and Austria to allow in migrants stranded in the Hungarian capital, after many started walking towards the border on 4 September, was a humanitarian imperative.

“Something that was far away from us – that we have seen on television – is now literally at our front door,” she said.

“The war in Syria, the barrel bombings by (Syrian President Bashar al-) Assad, the spread of IS in Syria and Iraq, the fact that Libya has no functioning government, the situation in Afghanistan – all that is no longer far away but has come to us.”

Mrs Merkel, who has led Germany for 10 years, was named Time magazine’sPerson of the Year last week.

The US news magazine cited her role in Europe’s crises over migration and the Greek debt crisis, saying she had provided “steadfast moral leadership in a world where it is in short supply”.

Meanwhile, authorities in Greece have been struggling to cope with growing numbers of migrants in its capital, Athens, as Balkan countries block their route further north.

An agreement to provide subsidised accommodation for migrants was due to be signed on Monday.

The deal between the Greek government, the UN Refugee Agency and the European Commission will help to provide housing for 20,000 new arrivals in Athens.

The UN agency will assist in paying rental costs in private, unoccupied flats.

Another 80,000 migrants are due to be accommodated across Greece and the Balkans, mostly in heated tents.