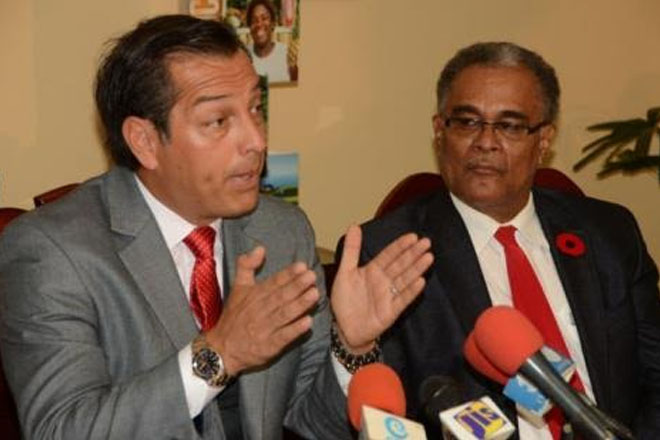 Kingston, Jamaica (JIS) — Mexico-based Karisma Hotel and Resorts has announced plans to invest more than US$900 million to develop nine hotels in Jamaica, adding 4,000 rooms to the country’s stock over the next ten years.

The 228 acre Llandovery beachfront property in St Ann will be the site for this massive development, which is also intended to create 8,000 new direct employments and about 5,000 jobs indirectly.

Karisma’s vice-president for corporate affairs and business development, Ruben Becerra, made the announcement on Tuesday during a press conference at the offices of the Jamaica Tourist Board (JTB) in New Kingston.

Becerra said that the first of the nine hotels is scheduled to open for the winter 2018 tourism season.

He noted that the hotels are intended to offer an all-inclusive package featuring a dolphin experience, water sports, and nature attraction with horse trails.

Becerra further disclosed that Karisma expects to attract a number of new international hotel brands into Jamaica, noting that “our interest is to try to increase the market, instead of shifting or stealing the market”.

He said an increase in airlift is also part of the “master plan” for the development project.

Karisma Hotel and Resorts has been investing in Jamaica since April 2014, with the acquisition and renovation of an existing property in Negril, which is being operated as Sensatori Jamaica.

The company is investing US$45 million to expand that property, with 149 suites being added to the existing 138; as well as construct another hotel at an adjacent property, to be named Azul Seven.

Becerra said Azul Seven will bring 328 direct and 197 indirect jobs to the area.

He said the company is honoured to have been welcomed by the government, industries and communities, who have helped to make the Karisma brand a success in the country.

He noted that Sensatori Jamaica was sold out for the entire year, less than a month after opening.

Becerra further noted that its partnership with travel company TUI was instrumental in increasing the airlift for tourists coming to Jamaica, with more than 108,000 seats per year.