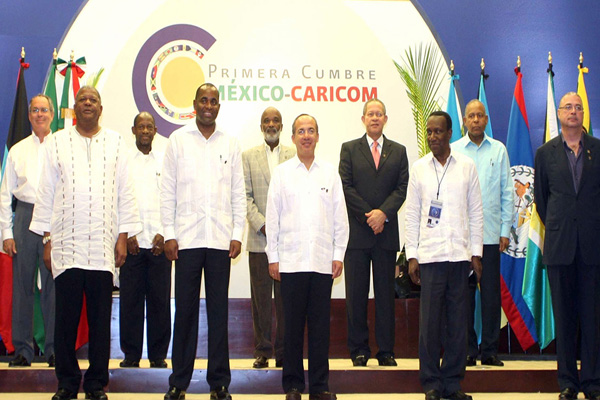 BRIDGETOWN, Barbados (BGIS) — The upcoming Caribbean Community (CARICOM)/Mexico conference and the sixth summit of the Association of Caribbean States (ACS) and their benefits to the region were among the areas discussed when Mexico’s foreign affairs minister, José Meade Kuribreňa paid a courtesy call on his Barbados counterpart, Senator Maxine McClean.

During the meeting at Parliament on Tuesday, Meade Kuribreňa said Barbados’s attendance at the CARICOM/Mexico conference, would allow delegates to build on discussions held at the 2nd CARICOM/Mexico Summit in Barbados in 2012.

In addition, Mexico’s foreign minister said the ACS conference was “a good way for Mexico to become closer to the Caribbean in a more structured fashion with topics that were relevant not just for the Caribbean but in terms of defining reasons [for] the bilateral relationship between the different Caribbean states”.

In turn, McClean acknowledged the ongoing work to solidify the existing long-standing relationship between the two countries. She said there was already a double taxation treaty in place and suggested several ways in which this could be beneficial on either side.

“I believe that there are areas in which we can cooperate and I think that one avenue we could look at is bi-directional activity where some of our business people may go to explore… But, we would certainly like to welcome some of your [Mexico’s business community] to explore investment opportunities,” McClean added.