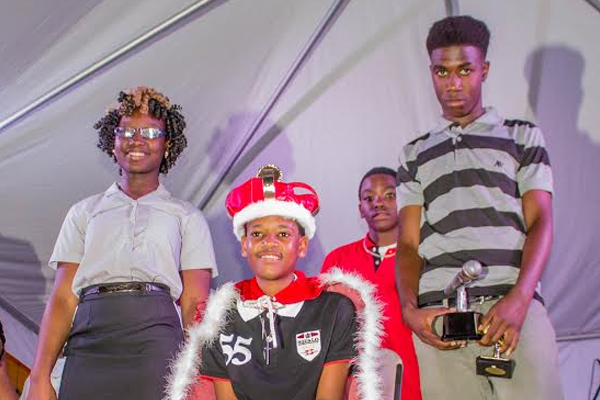 (ZIZ News) – A new junior calypso king has been crowned.

The Mighty Sookie won the competition after performing to his song, “I Pray”.

In an interview with ZIZ News, the Junior Monarch spoke about his performance.

“At first I was I was a little frightened because I knew I had a tight competition and I knew the Mighty Taj would defend his crown good but it all turned out that I am the King.”

The first runner up position went to King Leyo after amassing a total of 220 points from his performance of “Politics and De Youths” while Lady Niah, singing “Bad Company”, grabbed the second runner up spot.

The other junior calypsonians were Duke Devaughn with “Calling on the Youths”, Prince Akedo singing “Dependency”, Madam Fluffy With “Defiance”, Might Scribbles With “Granny’s Advice”, Singing Shaddy performing “A Better Place For You and Me” and the 2013 monarch Lil Taj who performed to his song “Mother’s Wisdom.