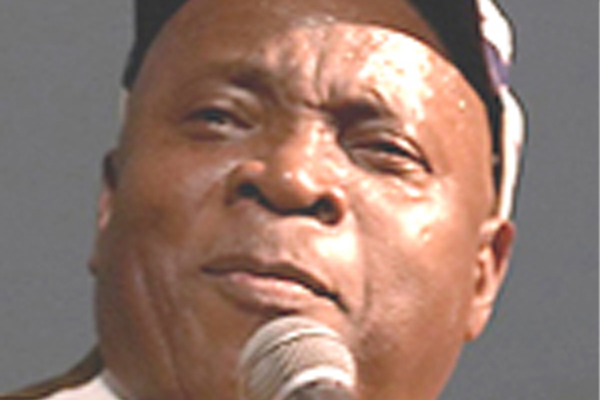 PORT OF SPAIN, Trinidad (CMC) — The Trinidad and Tobago government Wednesday said it had recommended that the Grenadian-born, Dr Slinger Francisco, the ‘Mighty Sparrow’ be given the country’s highest award.

In addition, the Kamla Persad Bissessar administration said it would also meet the expenses related to the medical condition of the veteran calypsonian.

Sparrow, acknowledged as the ‘Calypso King of the World’ returned to Trinidad and Tobago earlier this month after recovering from a diabetic coma in the United States, where he has been residing for years.

Prime Minister Persad Bissessar, speaking at carnival activity in Siparia said that “like so many citizens from all walks of life, I have long admired and enjoyed the impressive work of the Mighty Sparrow whose unparalleled contribution to our music and our culture has been hailed all over the world.

“Your work , Sir, has been studied, analysed, dissected and interpreted by scholars, academics, musicologists, but above all by the multitude of ordinary people not only here in our twin island, and all over the Caribbean, but in so many other parts of the world. Indeed you have justly earned the title — the Calypso King of The World.”

She said Cabinet had agreed “that I recommend to His Excellency, President Anthony Carmona, to confer on you, Dr Slinger Francisco, the Mighty Sparrow, the prestigious Order of Trinidad and Tobago, the highest national recognition and honour which can be awarded to any citizen.

“It is a fitting tribute to the contribution you have made to Trinidad and Tobago, and to the World,” she said, adding that she was also pleased to make the announcement in his presence.

“I am sure the national community will agree this is a richly deserved honour. I am also very pleased to announce that the Cabinet has further agreed to cover all the medical expenses incurred by your recent illness, from which by the Grace of God, you successfully recovered.

“In the immortal words of your calypsos and the unique style of your showmanship, you have entertained our senses and challenged our sensibilities. Your words have inspired, reflected, caused serious introspection and at times have just provided sheer musical and lyrical delight. “

Persad Bissessar also announced that Peter Minshall, the veteran mas designer, whose work has also been hailed internationally, to grant the lease to the State property which he has been occupying for several years.

“This is in keeping with similar grants made to noteworthy citizens, such as our first Olympic Gold medalist, Mr Halsely Crawford, who have brought significant acclaim and recognition to Trinidad and Tobago through personal talents and achievements.”

Persad Bissessar said that Minshall’s pioneering contribution to carnival “has left an indelible mark and his breathtaking innovative creations continue to influence and inspire designers of carnival costumes and theatrical presentations”.