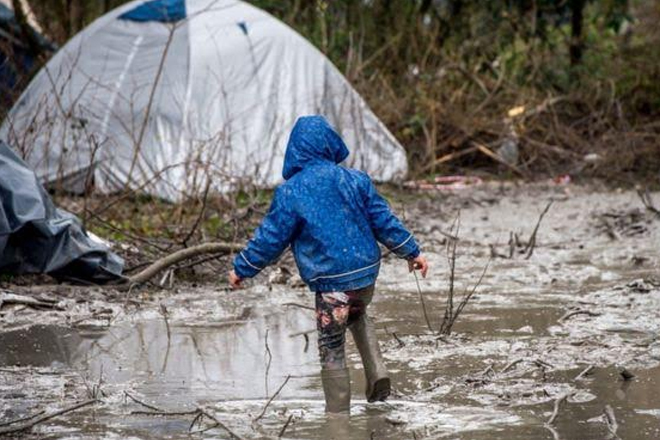 (BBC) Plans to move thousands of migrants into more permanent camps in northern France are expected to be given the go-ahead later on Monday.

Several thousand people are staying in the camps in Calais and Dunkirk, popular spots for those seeking to cross into the United Kingdom.

But one senior official said new camps were not the solution.

One of the largest camps is in the coastal northern French town of Grande-Synthe, near Dunkirk. The area’s mayor, Damien Careme, told French media that, unchecked, the number of people in the camp could reach 10,000.

A new semi-permanent camp in Grande-Synthe, co-ordinated with the charity Medecins sans Frontieres, will have showers, better sanitation and more protection against cold weather.

Mr Careme said the French state was against his plan to move migrants to the new camp, and MSF said last week that regional authorities had not responded to their requests to set up the site.

But permission is expected to be granted for the 2,500-person camp later on Monday.

Some 50km (31 miles) further west along the coast in Calais, some 125 heated containers will be opened on Monday for up to 1,500 people seeking shelter. Families living in the so-called Jungle camp will be given priority to stay on the site, set up by the charity La Vie Active.

Access to the accommodation will be granted through a machine that scans handprints.

It is the first permanent site for migrants since the closure of a camp in Sangatte, northern France, in 2002.

The Sangatte camp, that was designed to accommodate 900 people but held 2,000, was closed after the British government said it was used as a base for illegal immigration to the UK.

“The philosophy of the state is not to build another camp, not to encourage the actions of traffickers inside the camps,” Jean-Francois Cordet, the region’s most senior official, told French media. He said he preferred “individual solutions” for migrants rather than new camps.

“The reality of the situation is that people are already there,” Vickie Hawkins, the executive director of MSF, told the BBC. “They have made a really arduous journey across Europe without regard for the conditions. And we just simply can’t leave people to freeze in the mud. It’s not humane.”