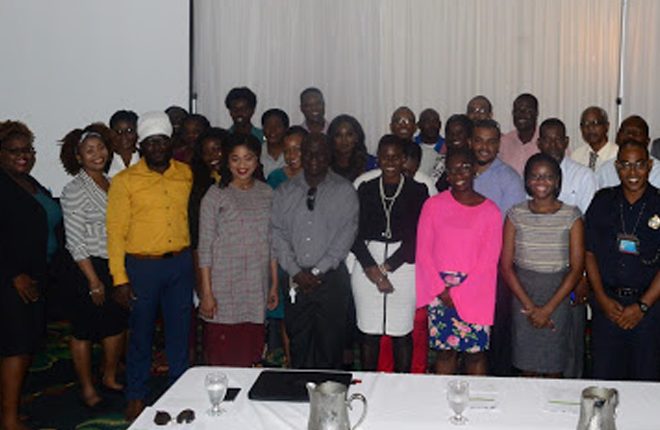 The St Kitts and Nevis Bureau of Standards (SKNBS), in collaboration with the Basel Convention Regional Centre for Training and Technology Transfer for the Caribbean (BCRC-Caribbean), held a national final results meeting for the project “Development of Minamata Initial Assessment in the Caribbean for Jamaica, Trinidad and Tobago, St. Lucia, and St. Kitts-Nevis on October 3 at the St. Kitts Marriott Resort.

The Minamata Convention on Mercury, of which St Kitts and Nevis is party, is a global treaty that aims to protect human health and the environment from the effects of mercury.
According to director of the SKNBS, Mr. Hiram Williams, it is expected that the convention would address areas such as a ban on new mercury mines, the phase out of those in existence, control measures on air emission, control measures on storage, and the international regulation of informal sector for artisanal and dmall scale gold mining.

Williams noted that St. Kitts-Nevis has been participating in the convention since June 2010 when the federation attended the first session of the intergovernmental negotiated committee to prepare The global legally binding instrument on mercury.

“We continue to participate because we think that it’s going to be of some significant benefit to St. Kitts and Nevis,” he said. “we recognize the importance of this convention and as such we took certain steps and measures so as to become a party to the convention, in particular St. Kitts and Nevis; we participated in a sub-regional workshop organized by UNEP in January 2015 that developed a draft national road map on the Minamata convention.”

The director said that there was a preliminary analysis of key mercury related issues in the federation, while also stating that it Identified the national process towards the international Instrument.

Mr. Williams stated that St. Kitts and Nevis has already benefited from the treaty.

“We have already benefited in the sense that we have had the opportunity to participate in this project, the development of the Minamata initial assessment,” he said. “we expect to continue to benefit. For example, one provision of this treaty requires countries to devise national action plans to help limit and control sources of mercury pollution. It is these types of assessments and activities that will help policy makers focus their attention on where they can make the most impact in reducing the harmful pollutant.”

Dr. Natta advised persons to avoid use of cosmetics that include mercury especially skin bleaching creams, soaps and oils. Awareness-raising live-action videos and infographics have been developed to eradicate the use of mercury containing Items. Persons are advised to read labels before they use these items.