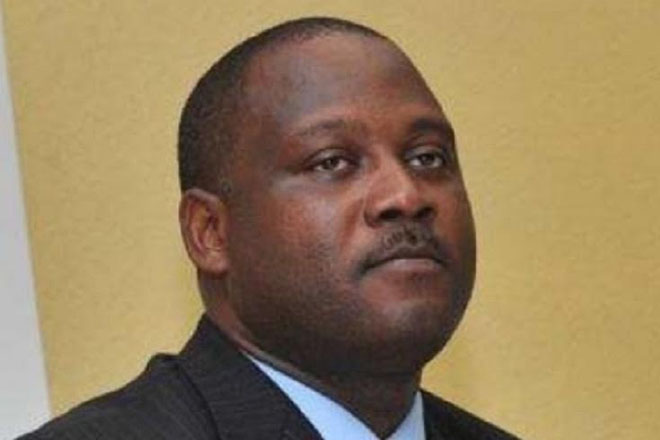 Minister gives another shot at avoiding national strike in Barbados’

Inniss will meet with the top brass of the Barbados Investment and Development Corporation (BIDC) – the statutory body with which the union is in a dispute over the forced retirement of workers who have reached the age of 60.

The minister met on July 1 with both sides, but those talks ended in a stalemate. Last Monday, the NUPW led a protest march through the capital. That was followed by Sanitation Service Authority workers withdrawing their garbage collection and burial services as well as a go-slow at the Bridgetown Port and – after talks chaired last Thursday by Labour Minister Dr. Esther Byer failed and the BIDC said it would take the matter to court – a warning that a national shutdown could follow.

Inniss, who was in Colombia on business when the action was initiated, said this afternoon’s meeting with the BIDC’s Board of Directors and senior management as well as legal and policy advisors, would “seek to determine if there is anything more that the BIDC could do to avoid disruption of services at the national level”.

“As Minister of Industry, I remain extremely concerned about the possibility of major industrial action on the part of the labour movement in Barbados and its likely negative impact upon our fragile economy. As such, I will continue to make every effort to avert a major strike at this time,” he said yesterday.

The BIDC last month sent home 13 people – 10 of whom it retired –, as it invoked its right under the Statutory Boards (Pensions) Act to retire officers reaching the age of 60. Two of the other three had indicated, prior to the BIDC’s decision, that they wanted to retire by August, while the other was not appointed in a post.

The NUPW has insisted the BIDC’s move was illegal and is demanding the reinstatement of the workers or that they be paid until the age of 67.

Inniss said matters related to industrial relations policies and procedures will also be discussed at the meeting.

“Rest assured that if there is clear evidence that the BIDC is in the breach of such, corrective steps will be taken without delay,” the minister said.

The NUPW, meantime, meets with its members today to update them on the situation and decide on the next step.