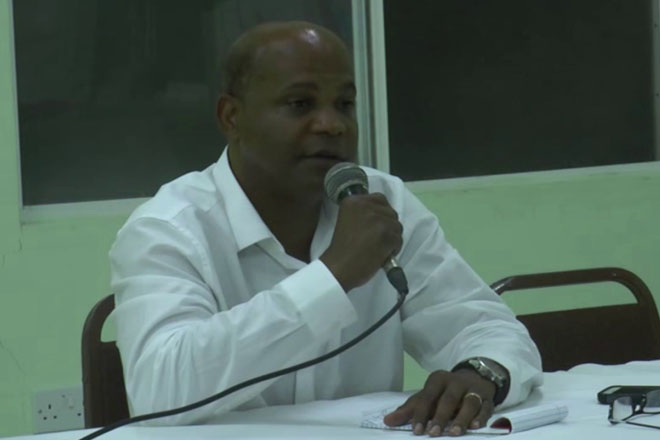 On Wednesday, Minister Grant hosted a town hall meeting at the Old Road Methodist Church Hall. That meeting followed the first in the series which was held on Tuesday at the Challengers Community Centre.

Addressing constituents on Tuesday, Minister Grant said it is important that they control the development of their area. He spoke of a committee that would channel growth in the Challengers community.

“My idea has always been that it has often been the position that everybody look towards the representative to get things done. I want it in the reverse so to speak. I want the people of Challengers to be the impetus of what happens in the community of Challengers,” he said.

Among the issues raised at the meeting was the lack of complete infrastructure around the constituency. Minister Grant said he is aware of the problem and plans to adopt a different approach going forward.