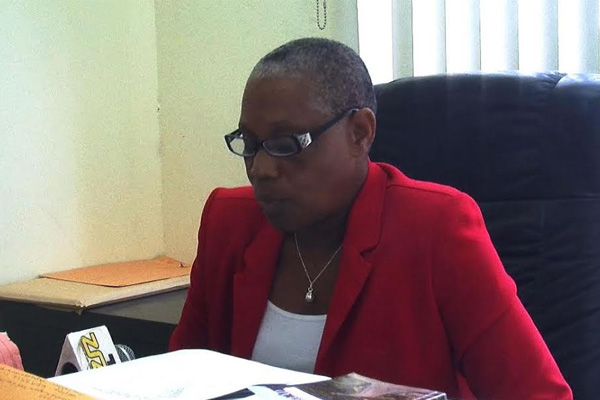 ZIZ News — Minister of Health, the Honourable Marcella Liburd has said that media reports of most chikungunya patients being from the Sandy Point community are totally false.

An article on WINNFM’s website dated June 3rd stated that 90 percent of the reported cases came from the Sandy Point/Fig Tree area.

But, in an interview with ZIZ News, Minister Liburd said that is not true and the cases are spread over a wide area.

“When you look at what has happened, generally you’d see from the confirmed cases that it is broad based. It is not something where Sandy Point is special or has vast numbers compared to anywhere else. That is totally false,” the minister stated.

Minister Liburd’s comments came as Parliamentary Representative for Constituency Number Five, the Honourable Shawn Richards and some residents of the area signed a petition claiming that man-made ponds, part of the La Valle Project, are breeding grounds for mosquitoes that transmit the chikungunya virus.

Minister Liburd said there is no evidence of increased cases in Sandy Point to support the claim that the ponds are helping to spread the virus.

However, she confirmed that the Ministry of Health had been constantly monitoring the area and taking the necessary precaution.

“There’s nothing peculiar about Sandy Point and these ponds are in Sandy Point. So if that was the case, you’d see Sandy Point being out there and the other areas sort of not. And that’s not the case. Its broad based throughout but with respect to the ponds we’re also looking at those things environmentally and I know that the Health Department has been there recently and they’ve been there before where they constantly go to monitor to ensure that whatever situation develops with mosquitoes there is reduced or eliminated.”

Minister Liburd said scheduled fogging is underway and individuals can request fogging in specific areas if there is a mosquito problem.