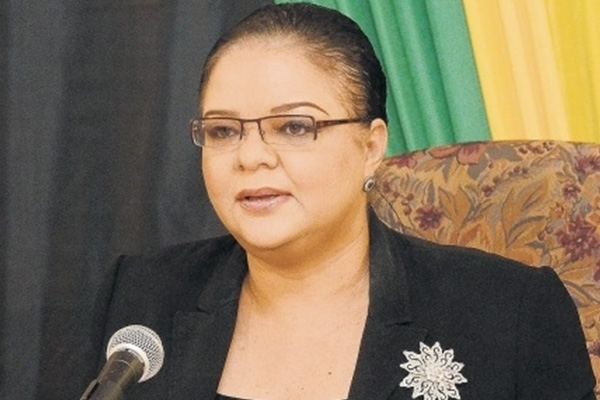 SANDREA Falconer, the minister with responsibility for information, says she intends to lobby for an increase in the age of consent as one of the measures to counteract the country’s high rate of teenage pregnancy, one of the highest in the region.

Under Jamaican laws, both girls and boys are able to consent to sex at 16 years old and above. However, the Government minister believes that children should not be allowed to engage in what should be considered an adult activity.

“I have long believed that we cannot have 18 as the age when people are considered adults and the age of consent is 16 years. I believe we need to have a serious look at changing that age of consent to 18 years old,” Falconer told the Jamaica Observer during the recent high-level consultation on the reduction of adolescent pregnancy in the Caribbean, hosted by the UNFPA at the Hyatt Regency Hotel in Trinidad and Tobago.

“Sex should be an adult thing and that’s what we must encourage as a country. Children are not equipped emotionally for sex,” she said.

The minister was speaking against the backdrop of the United Nations’ State of the World Population 2013 report, which showed that Jamaica’s adolescent birth rate is 72 per 1,000 for females 15 to 19. This is the fourth highest rate of teenage pregnancy in the region, just behind Belize, Guyana and the Dominican Republic, which has the highest adolescent rate at 98 per 1,000.

Falconer, meanwhile, said it was important that children be educated on matters relating to sexual health and urged parents to impart good values to their children.

“For me, an ideal world would be that we have children abstain from sex until they are adults, but we are not in an ideal world and what we have to do is to give our young people the tools so that we can make the right decisions, so their lives are not blighted by unwanted pregnancies. We know that once a young person becomes pregnant it’s oftentimes than not that they can’t get the future they had planned for because now they have the responsibility of a child,” she said.

According to Falconer, given “the levels of sexualisation” in Jamaica and the sexual abuse of girls, it is time to send a strong message that it is not okay to have sex with children.

“A lot of the girls are impregnated by men, and one thing we need to move away from in Jamaica [is] where people accept sexual abuse as a norm. I believe that we need to do that through public education and we need to revisit that, getting people to adopt certain values and certain attitudes,” said the minister.