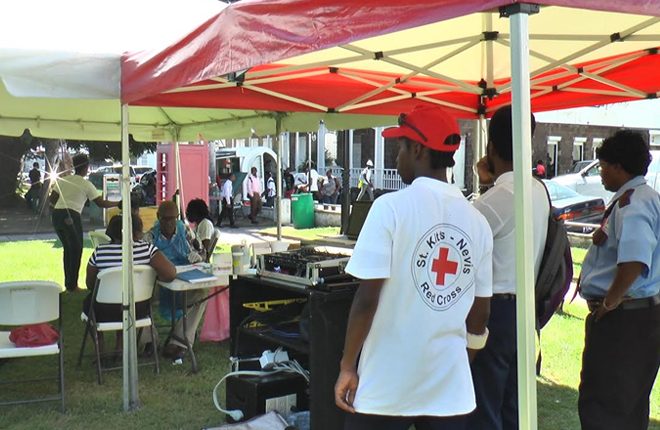 (ZIZ News) — On Friday The Ministry of Health hosted a Condom Drive at Independence Square as part of activities to commemorate World AIDS Day.

The Condom Drive ran from 9:30 am to 1 pm and quite a number of residents were seen taking part.

As part of the drive, a section of The Square was designated for HIV rapid testing.

Data Entry Clerk at the Ministry of Health, Londya Lennon-Hanley spoke with us shortly after getting tested.

“The Condom Drive today is demonstrating condoms and how to use condoms correctly. A lot of people don’t know how to use a condom correctly and that is what we are promoting today and at the same time you can get a test done”, she said.

She said that persons should know that the rapid testing is quick and easy.

“Well it’s an easy process, it is like a diabetes prick test so all you have to do is just get that little prick and the counsellors will engage in counselling with you so that you would not even know that you’re getting tested”, Lennon-Hanley explained.

“We are mostly concentrating on the condom drive today to educate everyone who are sexually active about the proper ways to use, purchase and dispose of condoms”, James said.

James also explained how the awareness campaign can help to prevent the spread of HIV.

“I could say for me personally, it is something that could prevent another epidemic. It has already happened in other places and even here but we need to slow down the spreading of that disease called AIDS and the right procedures can be learnt here. We can almost eliminate it from our communities if we do the correct thing”, he expressed.

World AIDS day was observed under the theme “Hands Up For Prevention”.