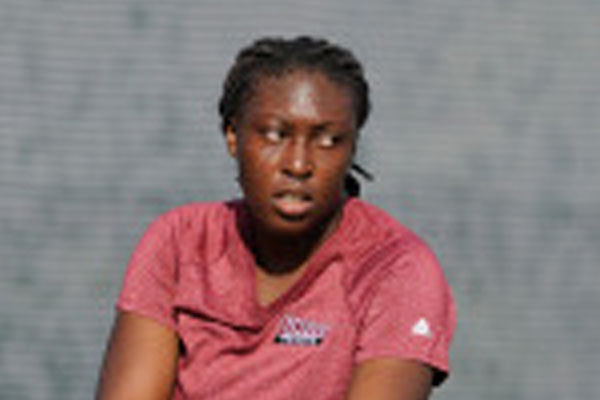 Hanover, N.H. (UMASS report) – The UMass women’s tennis team defeated Boston University and West Vigirinia, but fell to host Dartmouth over the weekend at the Big Green Invitational in Hanover. The tournament, which was set-up as a series of mock dual matches, was the fall finale for the Minutewomen.

Jessica Podlofksy led UMass in singles play with three wins, while Sonia Bokhari and Arielle Griffin each had two. Podlofsky earned wins at No. 6 singles vs. Dartmouth, at No. 5 singles vs. Boston University and at No. 3 singles against West Virginia.

The three wins for Podlofsky moves her into a tie for second all-time at UMass for career singles victories. She has 66 now which is tied with Masha Pozar who was 66-42 from 2004-08. Podlofsky is now 66-33 overall and needs one more victory to tie Michele Spiess who was 67-18 from 2004-07.

Bokhari fell in No. 1 singles against Dartmouth, but rallied at No. 2 singles for wins against the Terriers and Mountaineers. Griffin lost in No. 3 singles in the Dartmouth match, but picked up a win in the same position against Boston University. On Sunday, she earned a win at No. 4 singles against West Virginia.

UMass earned the doubles point against Boston University thanks to wins at No. 2 doubles by Chanel Glasper and Bokhari and at No. 3 singles by Aarzoo Malik and Podlofsky.

The Minutewomen will resume action after winter break with a dual match at Brown on Jan. 31, 2014. UMass concluded the fall season with a 2-0 record in dual matches against Providence and Connecticut and strong showings in the Brown Invitational, the ITA Northeast Regionals and this weekend’s Big Green Invitational.