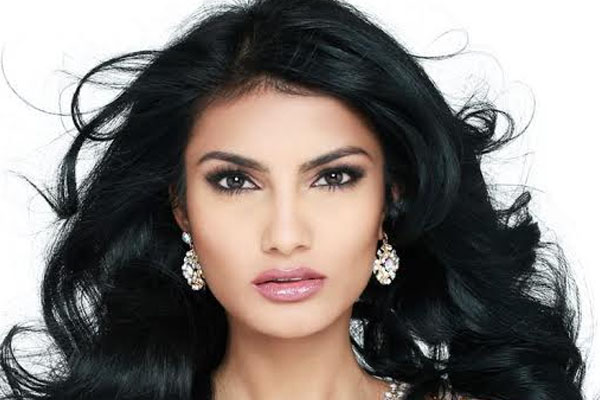 (ZIZ News) — The reigning Miss Guyana World (2014) and Miss World Caribbean, Rafieya Husain, is using her time in St. Kitts to advocate for an end to domestic violence.

Speaking on Saturday night’s edition of Upfront, Husain said that is a topic she is passionate about because it has personally affected her.

“I was a victim of abuse, my aunt was a victim of abuse and it was our hope that by educating the younger generation, who are now starting their dating life, who are now having their little boyfriend and their little girlfriend, that they can detect that initial sign before they get serious into their relationship. So it eliminates the further drama of having to go through that,” she said.

She launched an organization to promote the fight against domestic violence. Husain is aiming to foster ties with partners in various Caribbean countries.

“I created a non-profit organization named REBA, based in Guyana, but I’m going international with it. As of right now, we are trying to get it registered in the U.S. and being Miss World Caribbean, I am hoping that as I go to each Caribbean island, I can establish my foundation there as well,” she said

Rafieya Husain was the celebrity host of the Black San Swimsuit Pageant in Sandy Point on Sunday night.