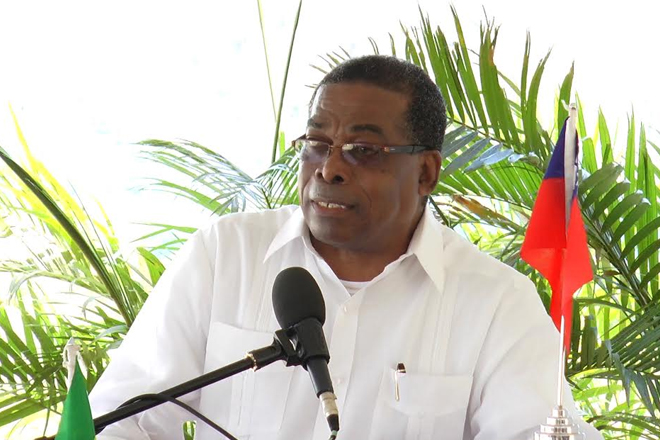 (ZIZ News) — St. Kitts is pushing ahead with plans to develop geothermal energy.

During the handing over ceremony of a solar farm near the Eastern Caribbean Central Bank, Minister of Public Infrastructure, the Hon Ian Liburd said early examinations of St. Kitts’s capacity for geothermal energy production have proved promising.

“The preliminary scientific studies…we had our geophysicists, geochemists and geologists already here on St. Kitts. And I can report that the geo-scientists are currently meeting in Paris to decide the logistics for the next steps. And the indications are that the preliminary results are positive,” he said.

Giving a timeline of the upcoming steps Minister Liburd said the geophysical field survey will begin at the end of March and will run until May.

He said “We will be ready, hopefully to present an initial survey result to Cabinet during a Regional Geothermal Worship here in early May. The drilling phase is targeted for June/July of this year. And all of this is being done with absolutely no cost to the government of St. Kitts and Nevis.”

The geothermal energy project falls under the government’s overall plan to make the Federation a green economy.