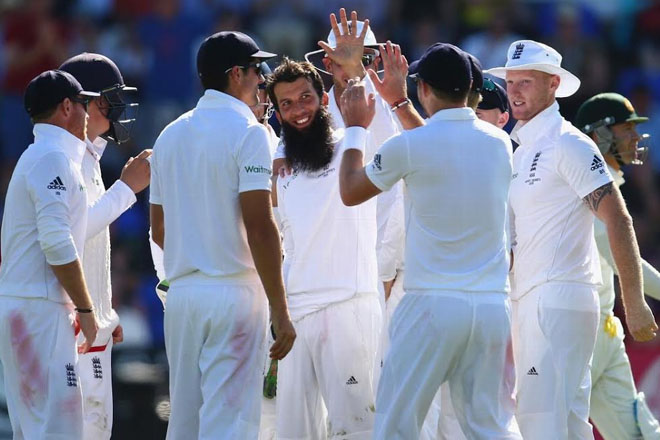 Sports Page — Any England supporter with the vaguest sense of Ashes history would have felt mild trepidation as they defended a first-innings score of 430 on a sunny Cardiff day. The last time an Ashes Test ventured into Wales, England made pretty much the same score, only to concede 674 for 6 and need some heroic resistance from James Anderson and Monty Panesar to escape with a draw.

That being so, England, even while believing the total was a par score, will have been relieved to prise out five Australian batsmen by the close of the second day with a largely disciplined bowling performance. They lead by 166 and will hope to cut deep into the tail with the second new ball, which is 10 overs away.

Six years on, the Land of Song has produced another placid Ashes surface – when the ball goes soft, it is less Tom Jones’ Green, Green Grass of Home than the Manic Street Preachers’ Some Kind of Nothingness, slow enough on occasions to crush any happiness you know. That this first Investec Test has generally been so fascinating is testimony to the attacking resolve of both sides.

The businesslike figure of Chris Rogers fashioned Australia’s response. A prolonged career in English county cricket before Australia finally came calling has made such slow, low pitches his natural habitat.

His wicket carries slightly less kudos than some, outside a dressing room at any rate, but his 95 was the innings of a solid citizen, replete with watchful off-side drives: he pushed the ball into the covers as if emerging warily from a T-junction on the lookout for oncoming traffic. It sounds unfair to term him careful when he feels, with justification, that he is careering along, but his squat deflections and placements are shots of calculation.

He fell five runs short of what would have been his fourth Ashes hundred, cutting a ball quite tight to him from Mark Wood and edging to Jos Buttler. From 180 for 3, gambolling along at more than four in over, in keeping with England’s progress, Australia dried, with James Anderson to the fore, and the rate slipped to three an over against a softening ball, for the loss of Michael Clarke and Adam Voges, before the close.