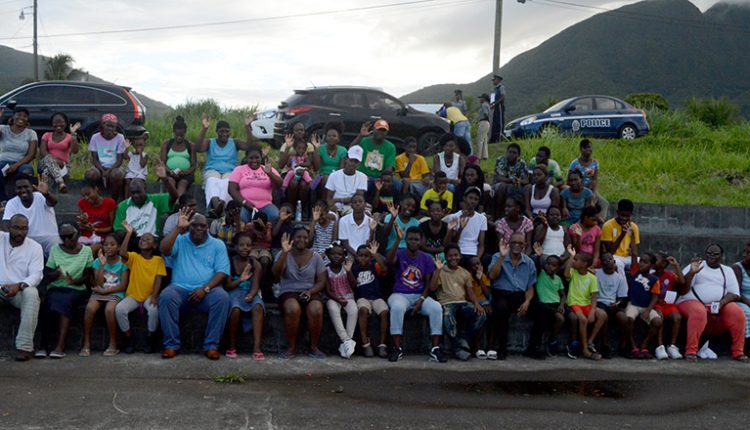 (Press Unit in the Office of the Prime Minister) – Over one hundred young people from the Molineux and Phillips Village communities are expected to join the armed and unarmed forces on display during the parade ceremony in recognition of St. Kitts and Nevis’ 34th anniversary of Independence.

Some 120 boys and girls of the Mol-Phil Explorers Youth Club are currently practicing for the Independence Day parade ceremony that will take place on Tuesday, September 19, at the Warner Park Cricket Stadium.

The Mol-Phil Explorers Youth Club was formed under the umbrella of the Ministry of National Security’s social intervention programme, which is part of the ministry’s broader crime prevention strategy, geared towards strengthening character and promoting positive behaviours in young people.

Founder of the club, Inspector Rosemary Isles-Joseph, said the participating children will be decked in their official Mol-Phil Explorers Youth Club shirts for the occasion.

Inspector Isles-Joseph said from all indications, the children are excited to be given the opportunity to showcase themselves at a national event, which is broadcast live annually on ZIZ Radio and Television.

“The children are excited because they know that the whole country will be out looking at them and they are glad to show off how well they can march. One of the things they are waiting for is to see who looks better on parade day and they are really excited. One child was saying that last Independence Day he heard the prime minister when he told a group it looked better or it marched the best. So the children here now want to make sure for Independence Day parade, the 19th of September, they look the best, so we are working towards that,” Inspector Isles-Joseph stated.

The police inspector said in her opinion the Mol-Phil Explorers Youth Club is meeting its objective of positively engaging young people in the Molineux and Phillips areas and noted that interest in the club is still growing.

“So far we are doing a great job. Like I said, we didn’t expect to have so much children. The age group is between 5-17, but of course we are having 18 year olds, 19 year olds, 20 year olds and up to 21 year olds. So we are hoping that more young boys especially—because we have more boys than girls and we are glad for that—so we are hoping that more young men would come around as time goes on.”

Inspector Isles-Joseph said they intend to develop the area around the Phillips Village Hard Court into the club’s official headquarters, where they can host Easter and summer youth camps on an annual basis.