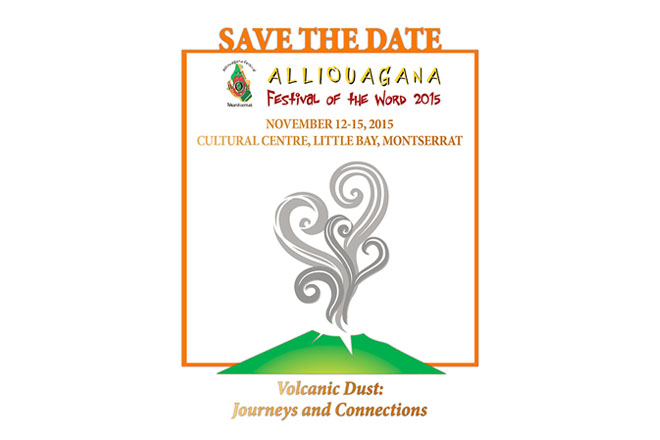 Named “Alliouagana Festival of the Word” after the historic Amerindian name for Montserrat, the Festival runs from Thursday 12th November to Sunday 15th. This year’s theme, “Volcanic Dust: Journeys and Connections”, commemorates the twelfth anniversary of Montserrat’s volcanic activity. Special patron of this year’s Festival is Baroness Floella Benjamin (see below). It will take place at the Cultural Centre at Little Bay.

Special Patron of this year’s Festival is Baroness Floella Benjamin. This lady is truly a Caribbean icon. Originally from Trinidad but living in the UK since she was ten, she has undertaken a host of charitable and media projects in the UK, making a real difference to the lives of children. She has been a stage and screen actress, TV presenter and producer, written several children’s books and done a host of charitable work benefitting children.

She was made a Baroness by the Queen in 2010 and sits in the UK House of Lords. She also has a BAFTA award among many others.

Her latest book “Coming to England” documents her experiences as a West Indian child left behind in Trinidad, and later arriving to join her parents in the cold and unwelcoming 1960’s UK (an experience of many Caribbean children at that time) — and how she rose above it. A film based on this book will be shown at the end of the Festival on the Sunday evening: not to be missed.

While here she will also meet and talk with school children and Community College students. If you listen to “Under the Tamarind Tree” on Radio Montserrat, you may have heard her in a most inspiring interview with Professor Clarice Barnes, which was replayed a few months ago. We are really privileged to have her with us for this year’s Festival.

The Festival starts as usual on the Thursday evening with a lecture in the Alphonsus “Arrow” Cassell memorial lecture series, this year on the topic “Thinking beyond the ash: using our volcanic resources”. The presenter will be Dr Aldrin Sweeney, associate professor at Ross University Medical School in Dominica, who is also a board member for the Montserrat Community College. The lecture is expected to be stimulating and thought provoking, and is usually well attended, sparking a lively discussion.