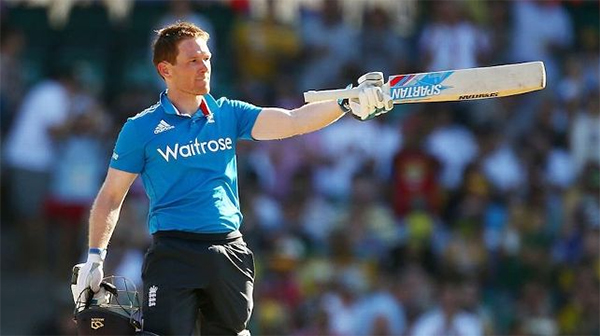 Sports Page — Being England cricket captain throws up its fair share of challenges, but blackmail plots are not usually among them. However, Eoin Morgan has been embroiled in a bizarre case of an Australian man demanding £35,000 from the ECB otherwise he threatened to release “embarrassing” information about a relationship Morgan had with an Australian woman five years ago. Both were single at the time.

The plot came to light in the build-up to the one-day international against Australia in Hobart following an investigation by the Metropolitan Police and ECB staff with the squad in Australia. The man at the centre of the incident has been identified, and is the current partner of the woman Morgan dated, but no charges will be brought.

An ECB statement said: “In the last few days, the ECB received an email from an Australian man demanding a five figure sum to prevent a story about our one-day captain Eoin Morgan appearing in the national newspapers in the UK and Australia.

“The allegations related to a brief relationship Eoin had with a woman from Australia five years ago. Following liaison with the Metropolitan Police, our support team on the ground in Australia investigated the blackmail.

“This involved approaching the man in question who, when confronted, admitted and apologised for his actions, blaming jealousy (he is presently in a relationship with the woman concerned).

“The ECB will not allow anyone to disrupt our team’s performance on the field of play. We are wholly focussed on winning cricket matches. This matter has now been brought to a conclusion and we will not be seeking further action against the individual at this stage.”

Paul Downton, the managing director of England cricket, added: “We will not allow anyone to disrupt our team’s preparation or performance in the tri-series and as we build up to the World Cup. I am pleased that this issue has now been brought to a swift conclusion.

“At this point we’d like to thank the Metropolitan Police for their advice, which assisted us in dealing with this in the swiftest possible manner.”