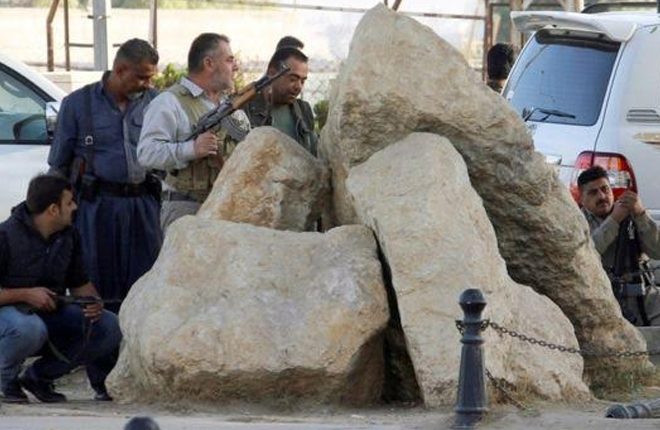 Islamic State (IS) militants have mounted a ferocious counter-attack in north Iraq, killing at least 19 people in and around the city of Kirkuk.