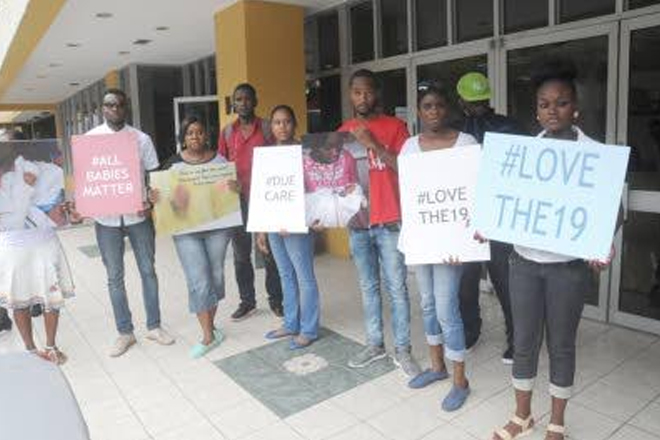 (Jamaica Observer) WHILE a few of the mothers whose babies died in the recent bacteria outbreak at the University Hospital of the West Indies (UHWI) were outside the facility’s gates protesting yesterday, the hospital’s new board was facing the media for the first time since they were appointed on November 17.

The mothers said they were protesting against the UHWI and the Ministry of Health’s failure to provide meaningful responses to their needs, while the new board presented a unified front as they detailed their plan of action for the way forward as a health care facility.

After congregating with placards outside the gates of UHWI, the mothers took their protest to the Ministry of Health in New Kingston.

Meanwhile, at the UHWI’s press conference, chairman of the hospital’s board, James Moss Solomon, said he was unable to discuss the individual findings of any medical investigations with regards to the deaths of the infants. He did say, however, that hospital personnel were fully involved with the ongoing investigations with the Office of the Public Defender and that at the appropriate time the findings would be addressed.