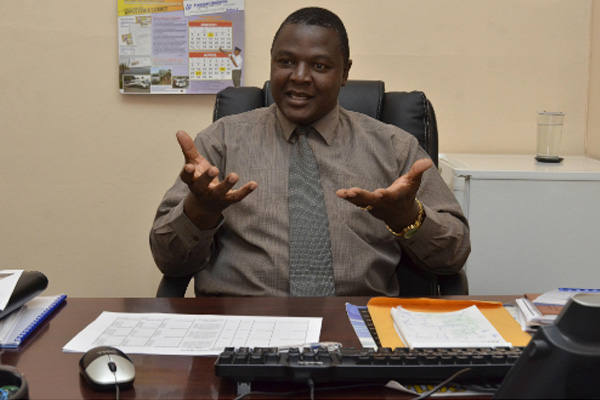 Kingston, Jamaica (JIS) — Jamaican motorists are being encouraged to regularly service their vehicles as part of efforts to ensure optimum performance and safety on the nation’s roads.

Director, Island Traffic Authority (ITA), Ludlow Powell, says regular servicing of vehicles is crucial as operating a defective vehicle can cause accidents, endangering the life of the driver as well as other road users.

“Take it to a professional, a certified dealer to do the checks to ensure that the vehicle is properly serviced,” he advises.

Powell says in assessing a vehicle, an evaluation is done of features such as the steering system, the frontend, the braking system, and the tyres. He says a faulty on non-working horn is also considered a defect. “Horns are essentially important at times to warn people of danger,” he says.

Powell says a good place to start in ensuring vehicle safety is by replacing severely worn tyres. He notes that worn tyres reduce friction and the ability for vehicle to come to a stop.

“Severely worn tyres also increase the possibility that the tyre will puncture easily or deflate in times of need or crisis, and will cause the vehicle to be less easily controlled,” he points out.

Another important aspect of vehicle safety is ensuring that the braking system functions properly.

“If you’re driving and when you step on the brake you feel like the vehicle is swinging or pulling to one side, if when you try to steer you notice that there is a play in that steering wheel, then (the brake is defective),” Powell points out.

The ITA Director says people should also ensure that the vehicle’s frontend is properly aligned. He says that faulty frontends will make the vehicle “pull to one side or the other. It also makes it difficult sometimes to steer because there are parts in the steering mechanism where, if there is too much play, it means you’re not sure how far or how much to turn that steering wheel to get the correct steer”.

Powell points out as well that cracked windscreens are considered a defect as the damage “hinders your vision (and) it’s important that there is nothing that blocks your vision”.

He is also advising persons to pay attention to their vehicles when they are driving. “You should notice your tyres, what conditions are they in, how worn are they. If you’re seeing the tyre so worn that the bead or the treading is almost gone then you know it’s time to replace those tyres,” he says.

Deputy Manager, Jamaican-German Automotive School (JaGAS), Kevin Baxter, says the onus lies on owners and operators of motor vehicles to take the necessary steps to ensure their vehicles are roadworthy at all times.

“Operating a defective vehicle on the roadway poses a danger not only for yourself but also to other road users so you want to be very careful and mindful of the fact that operating a vehicle that is in such a state can have a detrimental effect,” he notes.

Baxter argues that regular servicing and maintenance will also ensure optimum performance of the vehicle.

“These vehicles, you want to keep them as much as possible in tip top shape, because you want them to not only function well, but also to look good whilst doing so and most importantly, to be safe while operating these vehicles,” he adds.

Regular maintenance of vehicles to reduce defects is one of the critical components that will ensure that the country meets its ‘Below 240’ lives campaign, aimed at keeping road fatalities below 240 for each of the next three years.

The Below 240 Campaign was launched in 2013 and is a follow-up to the ‘Below 300’ campaign undertaken by the National Road Safety Council in 2008.