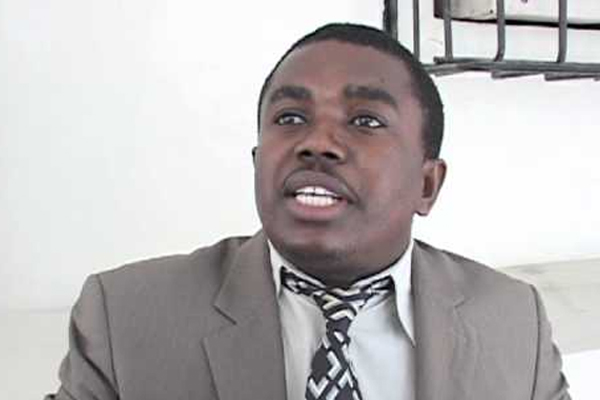 Port-Au-Prince, Haiti (HCNN) — Haiti’s parliamentary leaders and lawyers escaped on Wednesday from the prosecutor’s office with an arrested activist, Andre Michel, who is the subject of an arrest warrant for his alleged involvement in the killing of a young student in the Caribbean country’s capital three years ago.

Michel was arrested late Tuesday night after he offered continued resistance to a police patrol that wanted to do a routine check of the vehicle he was riding in. The driver of the car, Jean David Colin, was also taken to police custody for resisting police orders.

The president of the lower house of Parliament, Tholbert Alexis, accompanied by several other lawmakers and lawyers seized Michel and took him away as the prosecutor was trying to enforce the warrant for arrest issued against him three months ago.

“Andre Michel is now free and the prosecutor Francisco Rene must be fired,” Carlos Hercule, the chairman of the bar association, told HCNN on Wednesday.

Michel was taken for refuge to the Parliament building which is inviolable by security forces. It is not clear now whether Michel has remained inside the Parliament or whether he has left.

Haiti’s Port-au-Prince prosecutor, Francisco Rene, said Michel was not arrested in enforcement of a pending arrest warrant, as he tried to prove wrong those who called the arrest arbitrary, given that the constitution prohibits the execution of such a warrant beyond 6 o’clock in the evening and before 6 o’clock in the morning.

“Andre Michel was not arrested on the basis of an existing arrest warrant, but he was arrested because he refused to comply with duly issued police orders,” Rene told HCNN in an interview on Wednesday.

When the police stopped the vehicle, in which Michel was riding, the lawyer and political activist and his driver openly refused to open the doors of the vehicle, requesting the presence of a judge before allowing police officers to search their vehicle.

“We sent for the judge who actually arrived on the scene, but Andre Michel and the driver continued to block the police and the judge from performing their legal duty,” Rene said. “I had no choice but to order the arrest of the vehicle and its occupiers,” said Rene.

Michel was actually discharged as far as his refusal to comply with police orders was concerned, because no evidence of a criminal act was discovered after his car was searched by relevant authorities. However, he was supposed to be immediately re-arrested in enforcement of an existing warrant.

“That is when lawmakers and several lawyers grabbed Andre Michel and fled with him,” a clerk at the prosecutor’s office, who did not want to be named, told HCNN.

Judge Lamarre Belizaire, investigating the brutal killing in 2010 of student Frantzy Duverseau, issued a warrant against Michel and several other individuals who allegedly actively participated in the crime or conspired with the perpetrators of the murder.

The judge’s decision has provoked outrage among lawyers and opposition sectors who believe Michel was being persecuted because of his continuing denunciations of alleged wrongdoing blamed on the presidential family. Haitian political authorities have repeatedly denied such allegations.

Despite the warrant, Michel was seen in several public places and has made several comments on local stations, challenging police and judicial authorities to actually proceed with his arrest, threatening his arrest could cause the downfall of President Michel Martelly’s administration.

Several opposition leaders and lawyers, acting in solidarity with Michel, claimed the arrest was politically motivated and called for a mobilization against government leaders.

“Now, it is clear that we are dealing with a declared dictatorship and we cannot sit down with such people,” said Sauveur Pierre Etienne from the People’s Struggle party, announcing his party’s decision to stop all efforts to engage in ongoing political talks initiated by the current administration.

Judicial authorities have denied any involvement of the political leadership in their decision against Michel.

The political activist and lawyer has been accused of direct or indirect involvement in the student’s murder that followed an attack on his best friend and political partner, Enold Florestal, who had violently beaten his wife.

Duverseau, the student, who fought Florestal to protect his sister, was later seriously beaten and gunned down at point-blank range in the eye by policemen and other allies brought to Duverseau’s home by Andre Michel. Duverseau was reportedly resisting arrest, because he was challenging the legality of the act.

Those who had been taken to Duverseau’s home by Michel on October 18, 2010, including two police officers, have since been arrested because the killing appeared to have been perpetrated execution-style. Josué Florestal, accused of physically beating Duverseau, was also arrested along with his brother Enold Forestal.

Michel said he took the police to the scene because he was acting as a lawyer for Enold Florestal, who was attacked by student, while Duverseau’s allies accused Michel of acting in revenge for his best friend Florestal, following the violent incident that occurred earlier in the day.

Michel has refused to appear before the judge despite a warrant issued at the end of July.

“A young law student was killed. Justice must be done and this has nothing to do with politics,” said Prosecutor Rene.

“The fact that someone is an opposition activist does not exempt him from judicial proceedings if there is enough evidence showing he could be involved in a crime,” said Rene.