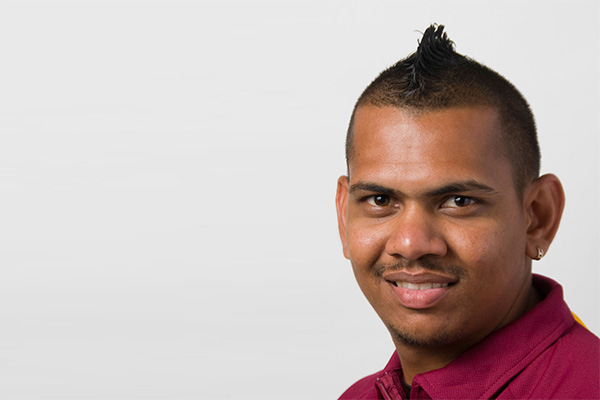 Capetown, South Africa – Sunil Narine will turn out for the Cape Cobras in the domestic T20 Challenge for the first time on Friday, and coach Paul Adams admits that even the players are excited to see what-tricks the West Indian mystery spinner has up his sleeve.

With the West Indies’ tour of New Zealand wrapping up earlier this week, Narine arrived in South Africa on Thursday and would go straight into the Cobras team for Friday’s game against the Knights in Bloemfontein.

“It’s pretty exciting to have him in the fold and see what magic he can bring,” said Adams.

In the batting department, Richard Levi will have the opportunity to remind everyone of his clean-hitting abilities as he comes in for Graeme Smith, who is taking a week’s rest ahead of a busy couple of months.

Justin Kemp will also miss the weekend’s games due to the birth of his child.

Having beaten the Highveld Lions in their last game, the Knights will retain the same 13-man squad and will hope that Reeza Hendricks, who leads the T20 competition’s scoring charts, can maintain his excellent form.

“He had a tough time in the early part of this season, but often in Twenty20s just being positive can get you back in form,” said Knights captain Johan van der Wath.

“He’s playing well and Rilee (Rossouw) has been performing all season so far, so there are a lot of positives – even in the games that we’ve lost I’ve seen some encouraging signs.

“Tomorrow (Friday) night is going to be another difficult one but we know how to play on Chevrolet Park so hopefully we can use that to our advantage.”