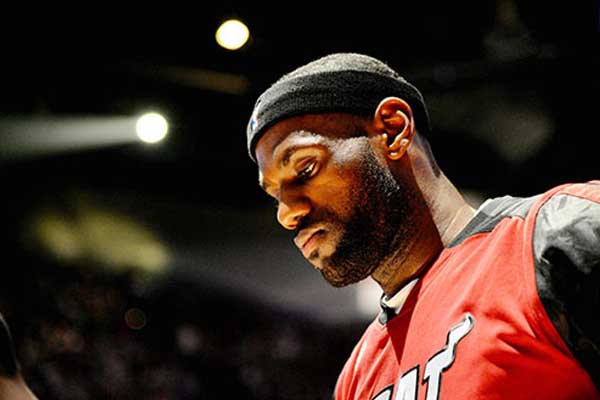 NBA: LeBron will return to 23 jersey with Cavaliers

Cleveland, USA (AFP) — NBA superstar LeBron James confirmed Sunday he will return to the number 23 jersey he wore in his first stint with Cleveland when he returns to the Cavaliers next season.

James posted a message on Twitter and Instgram saying he would give up the number 6, which he had worn for four seasons in Miami after leaving the Cavaliers in 2010 and with US Olympic gold medal teams in 2008 and 2012.

Replica jerseys bearing James’ name and number are among the best selling of all NBA apparel worldwide.

James wore 23 during his high school years in nearby Akron and with Cleveland, although some fans burned James jerseys after he announced his departure to the Heat.

James signed a two-year, $42 million deal with Cleveland earlier this month, holding out on a longer-term contract until after expected new television deals boost maximum payrolls for future seasons. It also allows James to leave if he dislikes the direction the team is going.

In his first stint with the Cavaliers, James guided them to the 2007 NBA Finals, where they were swept by San Antonio, the same team that beat James and the Heat in last month’s NBA Finals.