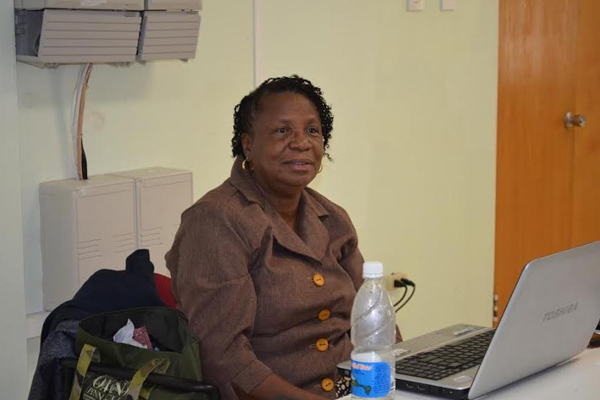 Basseterre, St. Kitts — Painstaking attempts to involve local media in an exercise to develop clear lines for communicating emergency alerts and bulletins to communities, were not derailed by low attendance, according to NEMA Public Relations Officer, Vesta Southwell. NEMA initiated plans for the gathering as far back as May of 2013, Southwell says, and Wednesday, March 19th, 2014, was identified as the workshop date, after it was postponed last year.

Of the more than thirty persons invited to participate in the Media Stakeholders and Disaster Managers Meeting, some eleven media representatives supported the event, along with disaster managers and Met officers from both St. Kitts and Nevis.

“Despite a disappointing turnout”, Southwell says, “the event itself exceeded our expectations in terms of participation and certainly the level of all of the presentations.”

Southwell has stated that all participants, including NEMA Consultant and Retired Supt. of Police, Ivor Blake, and Telecommunications Specialist, Cosbert Manchester, freely shared ideas on improving the current flow of information from the hazard focal point, to the ultimate consumer, local residents. The hazards focal point may be St. Kitts Meteorlogical Services, in the case of an approaching Meteorological Hazard (such as a hurricane, flood or storm), or the Basseterre Police Station, if the event is a Tsunami.

Presentations were made by John Kimbrough, USAID/OFDA’s Regional Advisor for Latin America & the Caribbean and his counterpart Audrey Mullings, Consultant to St. Kitts-Nevis, who gave an overview of their agency and its role in disaster management in the region.

Other presentations were made by Vesta Southwell, who gave the background to the exercise and National Disaster Coordinator (NDC), Carl Herbert, who made remarks on behalf of the Minister of Homeland Security, Hon. Patrice Nisbet, who was unavailable because of a prior engagement.

In remarks on the importance of collaboration between the media and Disaster Managers, Herbert, said that the exercise underscored the fact that disaster management offices do not possess all the resources to address risks or hazard impacts.

Rather, he said, “like a band of musicians, we all have different but specific inputs to make, for the good of all residents.”

The NDC went on to thank USAID/OFDA for what he termed their “invaluable support”, during many years of committed partnership with St. Kitts-Nevis.

“This gathering is the ideal opportunity for us to learn, network, share information, seek clarification, and better understand our roles and responsibilities, before, during and after a hazard threat or impact,” NDC Herbert stated before underscoring the necessity for the forum.

“Our coming together,” he said, “is a glaring reminder of the awesome responsibility we have to disseminate information that is accurate, timely and easy to understand by residents, in order to influence appropriate actions that can move residents from danger to safety, recognising that hazards do not discriminate.”

He further urged participants to give careful and serious consideration to the use of social media, with its instant capabilities and widespread coverage, which in an instant can be a liability or an asset.

Representing local media, Mr. Val Henry, President of VHCommunications and Owner of MiyVue.com, spoke to media requirements for public education and in the offing, incited passionate discussions that continued past the end for the session.

Next steps include plan development guided by the information shared at the meeting. “This meeting was urgent and important and I look forward to the procedures that will fashion our communications, as a result of it,” Vesta Southwell said. “Public education is a critical component of disaster management and it requires no less than 100% from every one of us, for a seamless arrangement for information dissemination, to be brought online.”