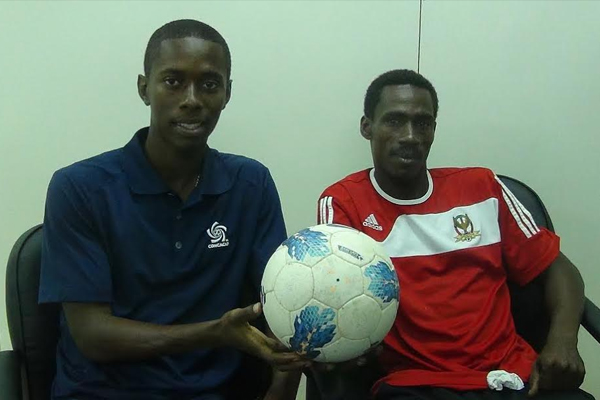 Nevis under 13’s come out tops in BVI

Sports Page — The Nevis under 13 Football team recently returned from a tour to the British Virgin Islands where they drew three games and won one.

Coaches Leroy JUN-JUN Sweeney and Aljay Newton, who both accompanied the team, reported that the young Nevis Footballers ‘played some excellent ball.’

They especially commented on two shots from about 22 yards out, which struck the back of the net, in times when the Nevis team was under some pressure.

They noted that the touring squad was divided into two teams: A and B.

On Saturday 5th July, two matches were played in Virgin Gorda and both ended in 1-all draws.

The action was in Tortola on Sunday 6th July and the first match ended in a 1-all draw as well but in the final game, the Nevis team came out the victors with a splendid 3 to 1 win.

Both Coaches indicated that the matches were very well supported and pointed out that a lot of Nevisians who live in the Virgin Islands, came out to witness the games and threw their full support behind the Nevis team.

They took time out to thank the Nevis Island Administration and all of the individuals and businesses that assisted in making the trip a reality and thanked the parents of the children who led out in the fund raising endeavours.

A few of the parents even came along on the trip and assisted in a big way in making sure that everything went well.

They also thanked the members of the BVI Football Association who they indicated really took great care of the team during the tour.

Going forward, both men are confident that Nevis has a firm foundation base in terms of Football.

According to Coach Sweeney: ‘These guys may not be as individually skilled as the team we had when Aljay Newton was their age, but as a team, they are a hard to reckon with.’