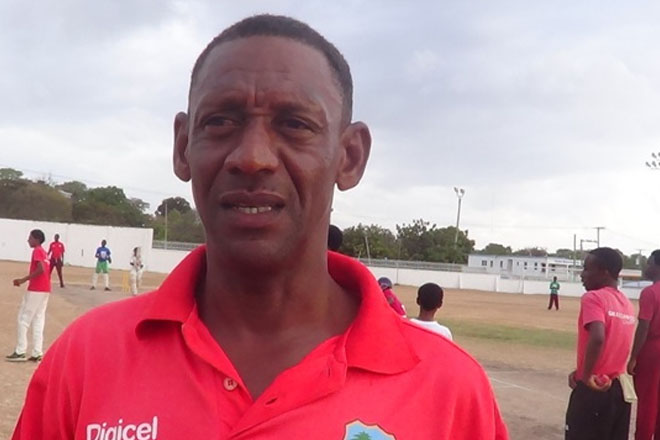 Nevis under 15’s to compete not participate

Charles was speaking as he watched his young guards in practice at the ET Willet Park.

He noted that he has a squad of 23 players to work with but that the squad will be reduced to 14 by this coming Thursday.

‘Our preparations have not been the best because the tournament was pushed back and this is the first full session that I am having with the squad,’ he said.

He however pointed out that the players selected were chosen from those who excelled during the primary schools cricket tournament and also from the grass roots program.

Charles also stated that he has seen a lot of potential during the practice sessions.

‘We have a couple of guys here who are bowling pretty quickly for their age and we have a few promising spin bowlers as well.

In terms of our batting, some of these guys play really positively and I expect them to do well,’ he said.

Charles is receiving assistance in coaching the team from former West Indies all rounder and now Coach, Deryck Parry.

According to Charles, Nevis will play two matches at the ET Willet Park this coming weekend: One on Saturday 23rd and the other on Sunday 24th May.