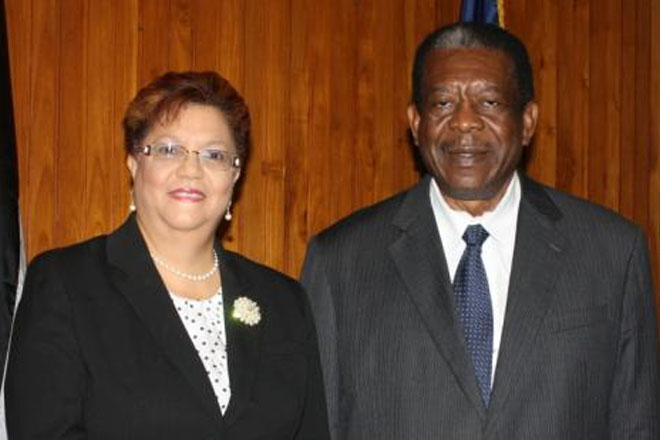 Port of Spain, Trinidad — Justice Maureen Rajnauth-Lee was sworn in by Trinidad and Tobago President Anthony Thomas Aquinas Carmona as a judge of the Caribbean Court of Justice (CCJ) on Friday at a ceremony in Port of Spain.

Carmona praised Rajnauth-Lee for her “selfless sacrifice” in dedicating herself to the service of the public and commended her achievement as “the first woman citizen of Trinidad and Tobago” to be appointed to the CCJ bench.

Rajnauth-Lee was selected from among applicants from the Caribbean, North America and Eastern Europe.

Judges appointed to the CCJ are evaluated on the basis of wide-ranging criteria that include; experience, high moral character, intellectual and analytical ability, sound judgment, integrity and an understanding of people and society.

Rajnauth-Lee is a former justice of appeal of Trinidad and Tobago. She is a graduate of the University of the West Indies with a Bachelor of Laws (First Class Honours) and of the Hugh Wooding Law School with a Legal Education Certificate. She was admitted to the practice of law in Trinidad and Tobago in 1980. Thereafter, she served as state counsel in the solicitor general’s department in Trinidad and Tobago. In 1985, she embarked on a career in private practice.