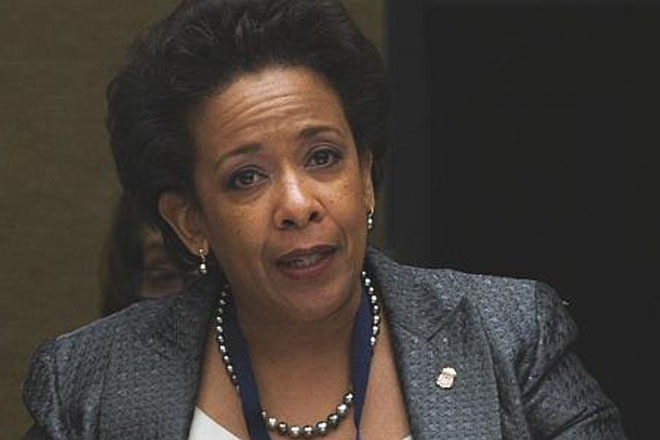 Zurich, Switzerland — Speaking at a press conference in Zurich, Switzerland on Monday, US Attorney General Loretta Lynch said that, based on new evidence in the massive FIFA corruption scandal, she anticipates “pursuing additional charges against individuals and entities”.

Lynch, who was in Zurich for an International Association of Prosecutors (IAP) conference, was joined at the press briefing by her Swiss counterpart, Michael Lauber.

In May, the US Department of Justice (DOJ) announced charges against 14 individuals on allegations of bribery and corruption within the inner workings of the world’s most popular sport. In the four months since then, 13 of the 14 defendants charged have been arrested by either US or foreign authorities.

Three defendants are currently in the United States and have been arraigned in federal court in Brooklyn, where the cases against them are proceeding. Ten others are currently pending extradition in Switzerland and in three other countries.

“Separate and apart from the pending indictment, our investigation remains active and ongoing, and has in fact expanded since May… and we are following the evidence where it leads,” Lynch said.

She said the DOJ has received significant cooperation and substantial evidence and, “based upon that cooperation and new evidence, we anticipate pursuing additional charges against individuals and entities”.

“We have also begun coordinating closely with prosecutors and law enforcement officials from a number of other countries as well and, to anyone who seeks to live in the past and to return soccer to the days of corruption and bribery, cronyism and patronage, this global response sends a clear message: you are on the wrong side of progress and do a disservice to the integrity of this wonderful sport,” she concluded.

According to Lauber, who is leading a separate probe into alleged wrongdoing into how host nations Russia and Qatar were selected for the 2018 and 2022 World Cup tournaments, Swiss prosecutors seized documents from FIFA headquarters and are now sifting through transactions involving hundreds of suspicious Swiss bank accounts.

Lauber said 121 different bank accounts have been reported as suspicious by the Swiss financial intelligence unit.

Swiss federal agencies have seized properties in the Swiss Alps, houses were also searched in western Switzerland and evidence seized, he also noted.

In June, a key figure in South Africa’s World Cup bid suggested there might be some truth to allegations that a $10 million bribe was paid to secure the 2010 tournament.

Russia and Qatar, which are scheduled to hold the tournaments in 2018 and 2022, have denied misconduct.

Meanwhile, former Trinidad Member of Parliament and disgraced FIFA official Jack Warner made a profit of at least US$18 million on World Cup television rights that outgoing FIFA president Sepp Blatter sold him for a fraction of their true value.

Swiss television channel SRF published a contract that Blatter signed in 2005 for the broadcast rights for South Africa 2010 and Brazil 2014 to be sold to the Warner-controlled Caribbean Football Union (CFU) for US$600,000.

Blatter has not been accused of misconduct by Swiss or US authorities but was forced to announce his resignation as FIFA president in the wake of the May indictments.

Lynch did not comment on Monday on whether Blatter is targeted in the ongoing investigations.

Warner, at that time CFU’s president, sub-licensed the broadcast rights to his own Cayman Islands-registered company J & D International (JDI). In 2007, JDI sold on the rights to Jamaica-based cable TV station SportsMax for a value that the broadcaster reported on its own website as being between US$18 million and US$20 million.

Lauber said that Swiss prosecutors would look at the rights contract “to see if it is really valuable or not”.

According to court documents in the Cayman Islands, Jeffrey Webb – Warner’s successor as president of the CONCACAF confederation – was a director of JDI at the time of the deal. Both Webb and Warner are facing corruption charges in the US as part of the DOJ investigation.

Webb is currently under house arrest in Georgia, after agreeing to be extradited from Switzerland as one of the seven FIFA officials and others arrested in Zurich in May.

Warner was arrested in Trinidad in May and is currently fighting extradition proceedings there. However, there have been persistent reports from Port of Spain that Warner made a deal with the then opposition People’s National Movement (PNM) to block his extradition in return for his assistance in successfully bringing down the former government at the general elections on September 7th.

According to a senior American intelligence source, US authorities are watching the progress of Warner’s extradition process very closely and, if there is any indication of deliberate delay on the part of the new government, will take appropriate action.