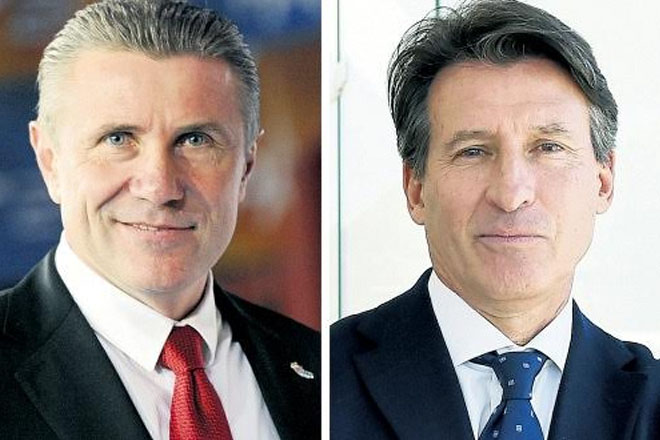 New IAAF president will be tested on doping issues

Beijing, China (AFP) — Athletics greats Sergey Bubka and Sebastian Coe were due to face the electorate of the IAAF for the presidency late last night Jamaica time in a pivotal vote which will shape the future of the drug-tainted sport.

Members of the International Association of Athletics Federations’ (IAAF) 214 federations were set to cast their ballots at a vast convention centre in Beijing, with a result expected at about 1:00 pm (12 midnight Jamaica time).

The election comes just days before the start of the biennial World Championships at Beijing’s Bird’s Nest stadium, after a build-up marked by doping controversies.

Coe, the British Olympic champion runner who helmed the successful London 2012 Summer Games, was considered the narrow favourite for the presidency ahead of Bubka, the Ukrainian pole-vault great.

Insiders had prediced a close contest, with hints that Coe may just have edged ahead of his rival although Bubka proclaimed himself “very confident”.

Both Bubka, 51, and Coe, 58, are considerably younger than the current president, Senegal’s 82-year-old Lamine Diack, who is stepping down after 16 years in charge.

“When confronted with painful issues such as doping the IAAF has always stood firm and we continue to lead the way in this global fight against cheating,” Diack told AFP.

“I have said on many occasions that when the day comes where we no longer can believe what we see then sport is dead,” he added.

“But I am convinced that the majority of athletes compete clean. We have an obligation to them to root out the cheats and make sure that it is possible to win clean.”

The credibility of both athletics and the IAAF have come under repeated attacks in recent weeks, after British and German media said a leaked database of 12,000 tests had revealed “extraordinary” levels of doping.

The IAAF slammed the allegations as “sensationalist and confusing” and also dismissed a later Sunday Times report that it blocked the publication of a document showing extensive doping among top athletes.

Last week, the world body provisionally suspended 28 athletes for suspected doping offences at the 2005 and 2007 World Championships, although most have now retired and none had been due to compete in Beijing.

But doping issues will feature prominently at the Bird’s Nest when US sprinter Justin Gatlin, twice banned for drugs but now in the form of his life aged 33, takes on Jamaican superstar Usain Bolt in the 100m on the opening weekend.

Bubka, who has been involved with the IAAF since 2001 and has served as vice-president since 2007, was last night standing for both the presidency and the vice-presidency.

But Coe, who moved on from sports to become a Conservative politician in Britain before overseeing the London Olympics, was standing for just the presidency.

The manifestoes of the two former stars are not strikingly different, though one major divergence is Coe’s insistence on establishing an independent drug-testing body. Bubka would prefer to continue working with the World Anti-Doping Agency.

Either candidate, if elected, will be taking on the weighty task of restoring the credibility and popularity of track and field, the biggest Olympic sport but still a minnow in financial terms.