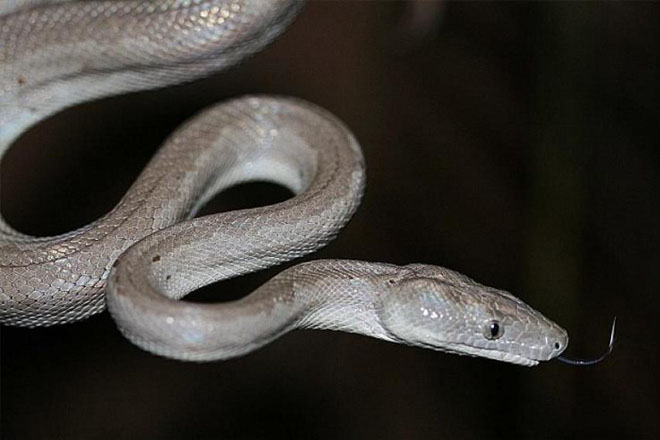 A new species of snake has been discovered in the Conception Island National Park, a remote part of the southwest Bahamas. The harmless Silver Boa was found during an expedition led by University of North Carolina biologist Dr. Graham Reynolds.

“This is the first new boa species discovered in the Caribbean in over 70 years, and it sheds new light on the origins and extent of reptile biodiversity in the region,” Dr Reynolds said. “But this animal is critically endangered and already facing extinction. We estimate only a few hundred remain.”