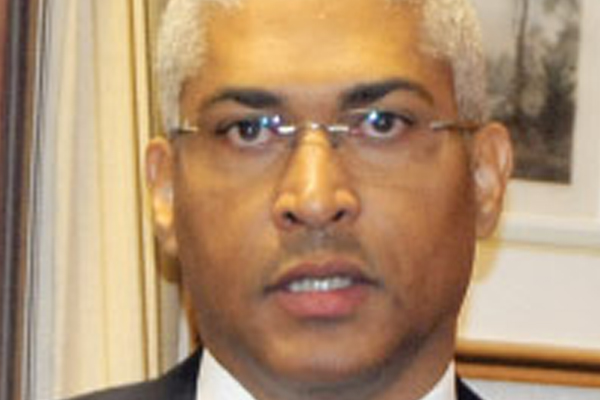 Port of Spain, Trinidad — Just 48 hours after Garvin Nicholas was appointed as the country’s new attorney general, a matter involving him has been referred to the Law Association of Trinidad and Tobago (LATT) for investigation.

The issue is he may have attempted to practice as an attorney, even though he was not yet called to the local Bar.

Lawyers familiar with the issue are calling on LATT to probe whether due diligence was conducted before Nicholas was appointed attorney general to replace Anand Ramlogan.

The incident occurred in 2001 when Nicholas was on a six-month pupilage at Trinity Chambers in Port of Spain, when he was cautioned in writing about breaching the Legal Profession Act (LPA) by Desmond Allum SC (now deceased), who was head of Trinity Chambers at the time, after it was discovered he printed business cards representing himself as an attorney-at law, admitted to practice in Trinidad and Tobago.

A copy of the letter written by Allum was sent to LATT late Wednesday.

Nicholas’ curriculum vitae (CV) states he was awarded a barrister-at-law degree in 2001 and was a door tenant at 3PB Chambers in the United Kingdom. The CV states he was called to the local Bar in 2002.

However, at the time Nicholas was undergoing his pupilage (2001), he had no permission to practice at the local Bar or distribute business cards to solicit new legal business.

Allum had also frowned upon a matter where it was alleged Nicholas was requesting a percentage of fees from work he had referred to attorneys while at the chambers.

Excerpts of a letter from Allum written to Nicholas and obtained by the Express read: “I refer to the meeting held with you in the presence of attorney Gregory Delzin, in the course of which during the meeting, I expressed concern over the printing of call cards which, when taken at face value, could be construed as calling yourself a practicing member of Trinity Chambers. You will recall that you were reminded that it is a breach of the LPA to hold yourself out as being entitled to practise law without having been admitted to practise, in accordance with the provisions of the LPA.

“During the course of the meeting, you protested vehemently that you had never ever held yourself out to members of the public about being admitted to practise but, on the contrary, you had been referring work to members of chambers. It has come to my attention that whilst there is an element of truth in your assertions, such work had been referred on the basis that you were entitled to a percentage of the fee charged by the attorney to whom the work was referred. This points to an even graver act of professional misconduct.”

Specifying to whom Nicholas was to report to while completing his pupilage, Allum further stated: “It is only upon successful completion of your pupilage by the standard required by our chambers as satisfactory that I will find myself being able to issue the certificate required under the LPA. The above is of course predicated upon there being no further violations of the LPA.”

Following the meeting, the Express learned Nicholas tendered his resignation on November 7, 2001.

His letter read: “I will like to thank you and the members of chambers for allowing me to spend the last three months with you. I thank you for all the support and advice given to me over the period. It is my belief that my career goals will be realised more readily in a changed environment.”

Contacted by the Express yesterday by e-mail and told investigations revealed in 2001, he (Nicholas) resigned from Trinity Chambers while on training after it was discovered he issued call cards to people indicating he was a barrister from Wales-Inner Temple in England, he replied:

“I underwent training at Trinity Chambers with Desmond Allum SC, that is correct. I resigned after the issue of my call card was raised, not because of the call card per se but because I felt some personalities were being petty and I didn’t want to be there as a result.

“I was a barrister of England and Wales and a member of the Inner Temple, however, as I had not yet been called to the local Bar, it was felt that I should not state same on my card, which when pointed out to me, I accepted and complied. I left on very amicable terms with Desmond Allum SC, who remained my friend until passing. I then completed my in-service training with Robin Montano.”

Asked if he was told about the other issue involving a request by him to get a percentage of fees from attorneys at Trinity Chambers, Nicholas said: “You are asking me about a matter that took place some 14 years ago. To the best of my memory, there was a meeting held to discuss allegations that were unfounded. Mr Allum reduced the meeting into writing and I continued to be a pupil. Having felt betrayed by false allegations, I decided to continue my pupilage elsewhere. That is what I recall.”

When the Express contacted Trinity Chambers on the matter on Wednesday, all enquiries were referred to LATT.

The Express asked LATT president Seenath Jairam if he had received the file sent to him on the matter involving Nicholas.

He said: “I have not yet received it. I know you all have sources, but I am now leaving to go over to the LATT. I will know when I arrive there, but my phone will be off because we will be in a meeting.”