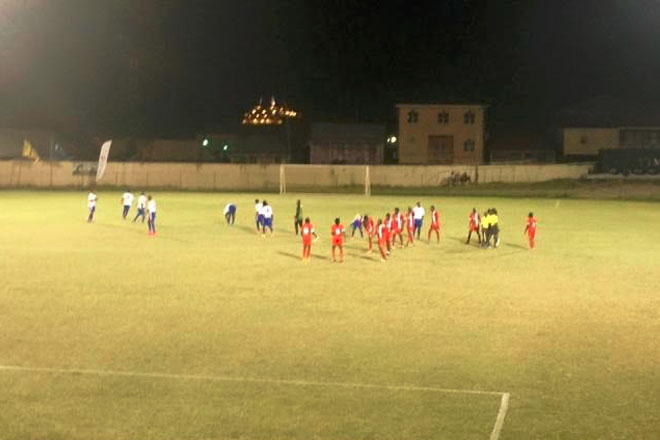 (ZIZ News) – The Winners Circle Newtown United Football Team showed no sign of slowing down on Tuesday evening, when it handed a 7-nil thrashing to Rivers of Living Water.

After a two-nil first half performance, the Newtown players re-emerged from the locker room with even more energy as they dropped five more goals on the bottom ranked Rivers team.

October’s Player of the Month, Carlos Bertie, was one of the stars for Newtown as he scored in a hat trick, with his goals coming in the 8th, 28th and 49th minute.

Dakari Phipps added his two goals in the 58th minute and first minute of added time while Marlo Martin and Dennis Phillip scored the team’s other two goals.