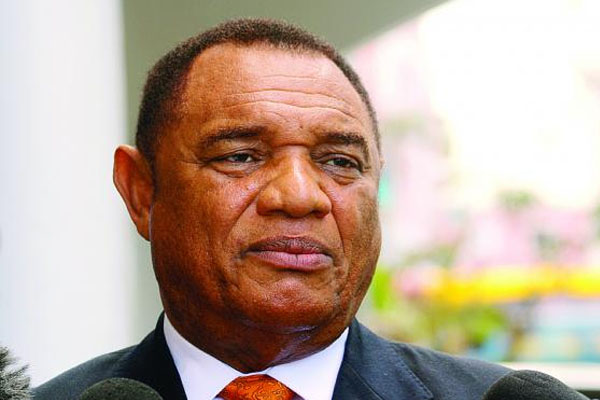 Next election will be about crime, says Bahamas PM

Nassau, Bahamas — Prime Minister Perry Christie said he will be judged by how his administration deals with crime when The Bahamas heads into the next general election.

Christie, who spoke to reporters last week, predicted that the country is on the brink of economic recovery and that won’t likely be an issue when the election is called.

“The opposition must now recognize that the economy is not going to be a subject of debate for the next general election and so they better focus on my efforts to solve the crime problem because I think from that point of view the people of The Bahamas would know that things will be well,” he said.

Christie said the government is developing plans to tackle the crime problem. He said one of the efforts would be to become more “aggressive” when dealing with people who are on bail.

“We are going to challenge the young people of this island, as more and more jobs become available, not to be distracted by whatever crime offers them and we are going to be much more aggressive in dealing with those persons who are out on bail and being able to reach them, not only from a law and order point of view of convincing them that there is a better way.”

Police Commissioner Ellison Greenslade has repeatedly lamented the changes the force face regarding accused criminals getting bail and being arrested on different charges or killed after their release.

The Bail Amendment Act, which was recently passed in the House of Assembly, is viewed as a part of the government’s effort to “radically reduce” the number of incidents in which accused people can assert that their case was not tried within a reasonable period of time.

The new law requires judges to take witness safety into consideration when determining whether to grant bail.

So far this year there have been 116 murders, compared to the 109 murders recorded up to this same time last year.

Authorities said in October that crime was trending down in all categories except murder and manslaughter.

However, they have not released statistics in months.

“You should be assured that there is no greater priority for this government at this time than to broaden and intensify the war on crime, so that no citizen need to have any fear of falling victim to crime while in some public place, at their place of work or within the sanctity of their own home,” Nottage said.

“Of course, it would be foolhardy in the extreme to disclose details of these measures at this time.”

Nottage said the government is confident the new measures will achieve “satisfying results within a short period of time”.