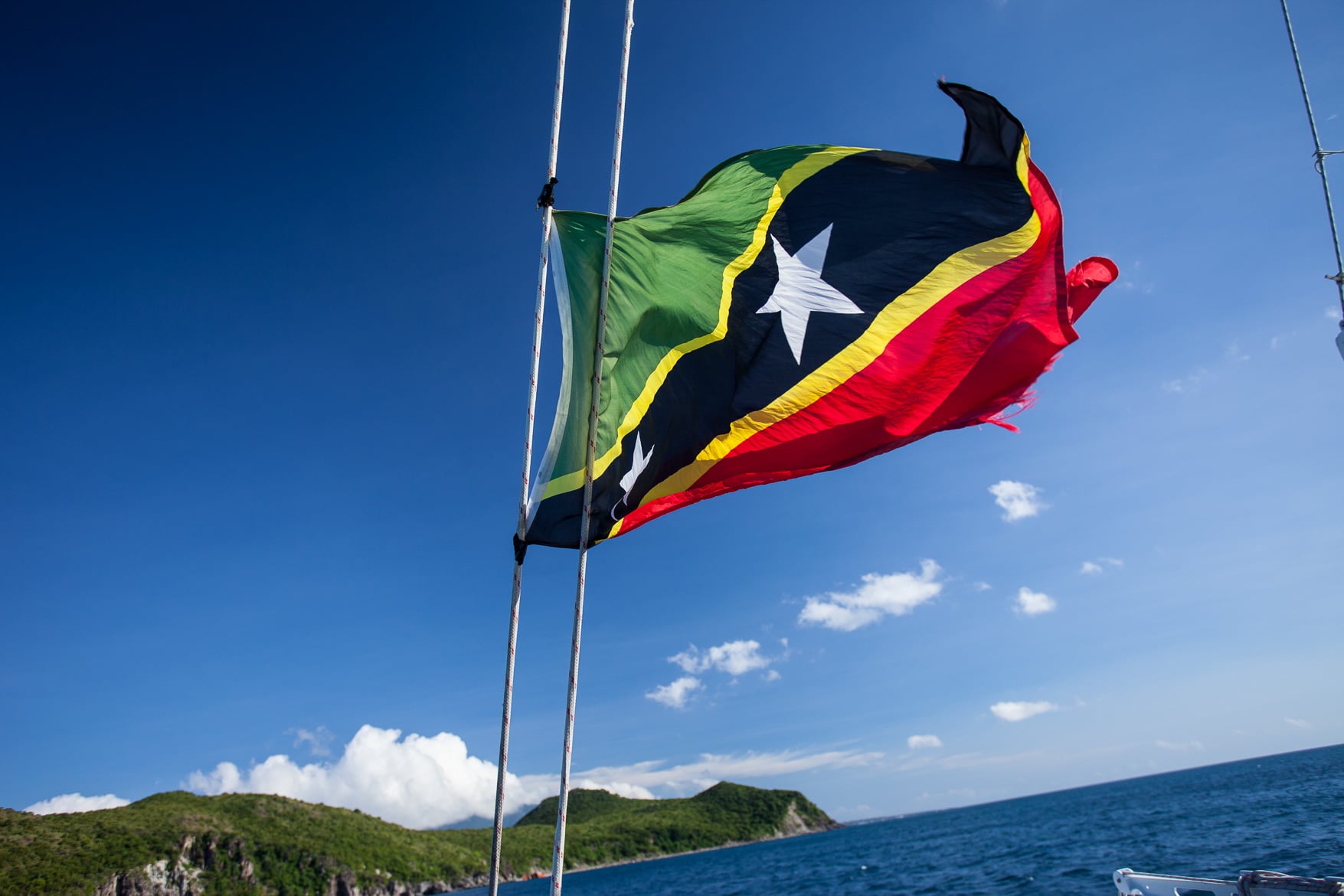 NGO Coalition Final report of the election observation mission For the June 5, 2020 federal election in St. Kitts and Nevis

The polling day activities for the June 05, 2020 Federal elections in St. Kitts and Nevis, as observed and reported on by our observer mission to our reckoning, by and large met the commitments, and standards, which we have come to expect and associate with democratic elections, for the process to be described as free and fair and free from fear. The patience, discipline and commitment displayed by the populace as they stood in queues for hours or moved around searching to ensure that they exercised their franchise demonstrated that the people of the Federation are deeply committed to casting their votes within the context of the democratic process. As a result of the foregoing the entire voting process took place within an atmosphere of peace and non-violence. We observed administrative and organizational deficiencies. It is our view, based on what we observed on polling day, during the casting of ballots and at the counting of the same after the close of the polls on the day that such deficiencies did not affect the general outcome of the elections. Still the said deficiencies may have discouraged some voters.

On polling day itself there were unannounced changes to some of the published polling divisions. In St. Christopher I in particular many polling stations opened almost two hours after the scheduled opening time. The observers’ reports indicate that generally electoral officials acted impartially and competently, but they seemed at times to be uncertain as to whether there were standard procedures for some matters such as the administering and taking of oath when an elector was requested to vote for another who could not vote for him/herself. Following the close of the polls the counting of the ballots and declaration of the results took an inordinately long time, in two constituencies [St. Christopher I & VIII] the results were not known for over twenty-four (24) hours.

The Electoral Commission and Supervisor of Elections need to enhance the public education process surrounding elections with attention being paid to the following:-

The Electoral Commission and Supervisor of Elections need to do much more in the under-mentioned areas:-

impartially exercise their duties throughout the election process.

that all stake holders can be fully informed of the location of their places for voting/the electors who are registered in the various polling divisions.

without any long and inexplicable delays.

BACKGROUND TO, COMPOSITION OF OBSERVATION TEAM AND TRAINING FOR THEIR MONITORING WORK:

The 2020 Federal Elections marked the third occasion on which the NGO Coalition [The Christian Councils and Evangelical Associations of St. Kitts and Nevis supported by the St. Kitts-Nevis Chamber of Industry and Commerce] was a local observer of Federal Elections. The NGO election observation mission has always taken place within the context of and against the background of there being present on the ground Regional [CARICOM], Hemispheric [ORGANIZATION OF AMERICAN STATES (OAS)] and International [COMMONWEALTH] observers. As a local election observation team we have always recognized and articulated our operations as a Local Observation/Monitoring Team, whose work added a local layer to the work of the INDEPENDEDNT EXTERNAL OBSERVERS [individuals and organizations that are totally unconnected to and with our local communities, who are themselves not enfranchised participants in the process].

In addition, as an important sector of the civil society, we see our role as a form of support for the institutional processes of democratic election as well as a more substantive development of a democratic electorate. Civil society has a role to play in reducing election-related contentions, promoting a peaceful electoral environment and encouraging public confidence through fostering of a transparent electoral process.

The 2020 Federal Elections showed some significant differences to all other elections in a post=-Independent St. Kitts-Nevis:

The NGO Coalition Observation Team was comprised of the following clergy, pastors, associate pastors and selected members from the Christian Councils and Evangelical Associations of St. Kitts and Nevis and their member churches:

The members of the NGO Observation Mission field work got logistical and administrative support through the office and resources of the St. Kitts-Nevis Chamber of Industry and Commerce. Two training sessions were conducted on Wednesday June 03, to empower the observers for their field work. The first Training Session was conducted face to face except for our Nevis colleagues who participated via Zoom. It was facilitated jointly by Mr. Leroy Benjamin and Mr. Eugene Petty, both past Supervisors of Elections in St. Kitts-Nevis, who have wide experiences in both regional and international election observations. Mr. Petty is a retired CARICOM Trainer for Election observers. The second session was virtual; it was facilitated through the CARICOM Secretariat with Ambassador Colin Granderson, Assistant Secretary-General, as lead facilitator.

ACTIVITIES OF THE ELECTORAL OBSERVATION TEAM:

Our observation team members travelled across the two islands, where ninety-four (94) polling stations were based on St Kitts and thirty-six (36) were located in Nevis. On St Kitts, the eight (8) seats were contested by Team Unity (Peoples Action Movement [PAM] and the Peoples Labour Party [PLP]) Alliance and the St Kitts and Nevis Labour Party [SKNLP]. On Nevis the three (3) seats were contested by the Concern Citizen Movement (CCM) an affiliate of the Team Unity and the Nevis Reformation Party (NRP) which had previously formed an alliance with the St Kitts and Nevis Labour Party (SKNLP).

The NGO Coalition observed and reported on: the opening of the poll, voting throughout the entirety of the polling day, the closing of the poll, the transportation of the ballot boxes to the central place of counting and the counting of the ballots cast. With respect to the opening (of the polls) and voting processes they observed and reported on twenty (20) specific areas of operation as outlined in the standard form: Report Form – Opening of the Poll and Voting (Appendix I). In connection with the closing of the poll, observers monitored and reported on seven (7) important questions as outlined in the standard operating document: Report Form –Closing of the Poll (Appendix II). The transportation of the ballot boxes were observed from their removal from the various polling stations to the delivery to the central counting sites. At the counting ten (10) particular questions were framed to ensure thorough observation and comprehensive reporting were done on this aspect of the poll. The questions are contained in the standard operating document: Report Form – Counting of Ballot (Appendix III).

Team members reported throughout the day; reports were collated by the Central Co-ordinating team members who visited polling divisions where observers reported challenges/problems. All observers were engaged in a midpoint face to face debriefing from 12:30- 1:30 on polling day. This was followed up with another total team face to face final debriefing on Wednesday June 10, 10:30am to 12:30pm.

The results of the election indicated that the Peoples Action Movement (PAM) won four (4) seats, the Peoples Labour Party (PLP) two (2) seats and the Concern Citizen Movement (CMC) three (3), thus making it nine (9) seats for Team Unity. On the other hand, the St Kitts Nevis Labour Party (SKNLP) won two (2) seats and the Nevis Reformation Party (NRP) did not win any seat. The Team Unity Coalition was therefore asked to form the government.

The NGO Coalition Observer Mission’s conclusion is that despite a number of administrative and organizational setback and inconsistencies the polling day, activities: from the opening of the poll, voting throughout the day, the counting of the ballots and declaration of the results of the June 05, 2020 Federal Elections in St. Kitts and Nevis indicate that the said elections were administered by the Electoral Office and the other stakeholders in a manner where they were free and fair and free from fear. The Mission’s assessment of the day’s activities is that the voters were able to cast their ballots without intimidation or harassment and that the results of the Elections reflect that the people freely voted for the candidate of their choice on Election Day.

“The Most Vibrant, Capable and Inspiring Candidates Step Forward to Lead the Nation…