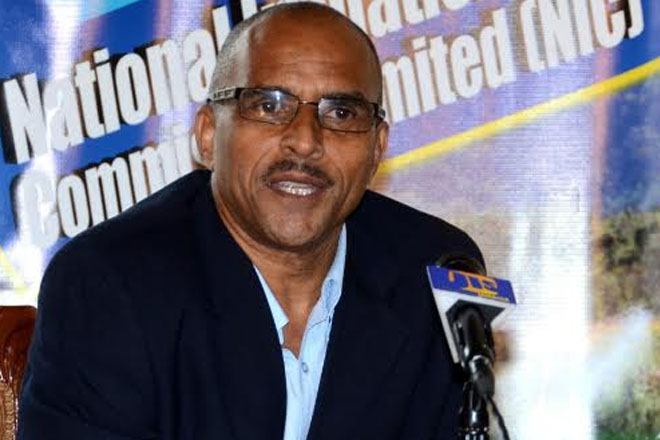 NIC to do economic feasibility study on wind farm

Kingston, Jamaica (JIS) — The National Irrigation Commission (NIC) Limited is to embark on an economic feasibility study over the next 18 months, to determine how it will go about implementing a wind farm to generate five megawatts of energy in the Newark, Spur Tree area, in Manchester.

This will form the second phase of a Wind Power Irrigation Project, being done in collaboration with the Ministry of Science, Technology, Energy and Mining, to evaluate the feasibility of utilizing wind technology to reduce the electricity cost of providing irrigated water to farmers.

The first phase of the project had the primary objective of collecting and assessing data on the quality of the wind regime at the site to inform the future course of action.

Director of Engineering and Technical Services at the NIC Milton Henry said one of the specific activities in the recently concluded phase was “conducting a wind resource analysis over period of twelve months in order to determine if the wind potential was sufficient to establish a wind farm for generating electricity.”

He said that from this the team was able to determine the number, size and type of wind turbines that would be needed to generate the desired power.

Henry was speaking at a ceremony at the NIC’s office on Old Hope Road in Kingston, to hand over equipment and a final report from that phase of the project to the University of the West Indies (UWI), Mona, on Monday.

The NIC collaborated with the Alternative Energy Research Group in the Department of Physics at UWI, Mona, for the designing of the data collection methodology for the project and for analyzing the data to produce a final report.

The equipment for the project, which included six anemometers, a barometer, thermometers and a humidity sensor, were acquired by funding from the United States Embassy through the Organisation of American States (OAS), at a cost of US$60,000 (J$7 million).

Henry said the final report reveals that the most critical outcome of the wind measurement campaign is that the wind quality and regime at the Newark, Spur Tree site is “very suitable for wind development.”

“From a technical point of view, the wind speed and the amount of energy generated will make a viable project. The NIC wanted a five megawatt plant and the data shows that we can have it. Now we need to move on to doing the economic feasibility study on it and also to get the project implemented,” he said.

The detailed economic feasibility study will include an environmental impact assessment, as well as the project development and financing plan.

The proposed power generating facility will greatly reduce the dependence on the national grid and significantly assist the surrounding communities through lower water costs, enhanced availability and the potential for higher crop yields.

Meanwhile, Director of Energy Economics and Planning in the Ministry of Science, Technology, Energy and Mining Yvonne Barrett-Edwards noted that this is one of several renewable energy initiatives being pursued through the Ministry.

“These developments give us optimism that the country’s renewable energy targets will be met in a timely manner,” she said.