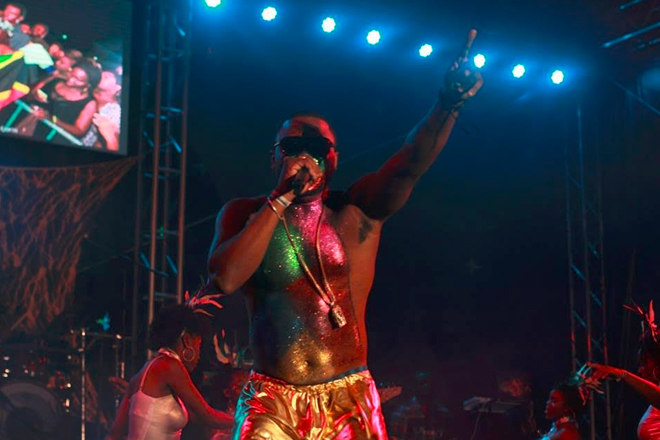 (ZIZ News) — The Federation’s new Groovy Soca Monarch is on a mission to further expose St. Kitts and Nevis on the world stage, through music.

After winning the soca title on Wednesday 23rd December, Nicha B, in an interview with ZIZ News, revealed plans to perform at the Soca Monarch Finals in Trinidad and Tobago next year.

“Well we going to Trinidad in January for the Soca Monarch Finals in February with Benjai with the same song ‘Can’t Wait’. So you done know it’s just madness still and I just want to just keep pushing and stay focused,” he said, adding that “it’s been a while since we’ve been doing the music thing and we’ve been getting ups and downs but right now I’m just trying to keep focused. I’ve been focused for a while now.”

Nicha B won the Groovy Soca Monarch Competition with his hit song “Can’t Wait”, with a little help from Trinidad soca star Benjai, who made a special appearance.

He said his goal is to put St. Kitts and Nevis on the international map from a musical standpoint.

“I just want to keep being focused and pushing the music and reaching ‘round the world and just putting St. Kits on the map through tourism, through music. Big up to all the people who have done that like Kim Collins but I want to put St. Kitts on the map, musically,” he said.

The International Soca Monarch Finals, held as part of Trinidad and Tobago’s Carnival celebrations, will be staged on Friday February 5th.