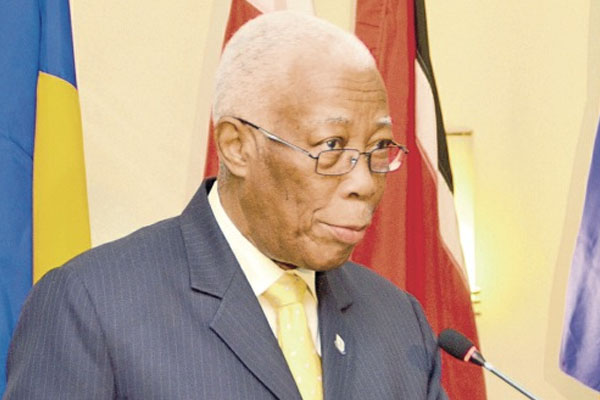 Nicholson says no trial support for Jamaican slain in Trinidad

Kingston, Jamaica — Minister of Foreign Affairs and Foreign Trade, Senator A J Nicholson, says that the government will not be participating in any court proceedings to do with a Jamaican reportedly shot and killed in Trinidad and Tobago, in late September.

“The current case is still being investigated and none of these circumstances, which usually require participation by the government, seem to apply. Therefore, the government will not be participating in any court proceedings in Trinidad and Tobago,” Nicholson told the Senate on Friday.

The Jamaican, Tremaine Thomas, was reportedly shot and killed in Port-of-Spain on September 25. Trinidadian media said he was among five men, including an alleged police killer, who were shot in the violent Laventille area.

Senator Nicholson explained that decisions on whether or not to participate in court proceedings are done on a case-by-case basis.

He said that the government would only participate, if there is a need to watch the proceedings, to ensure that the interest of a national is protected because there is no other effective mechanism of ensuring protection.