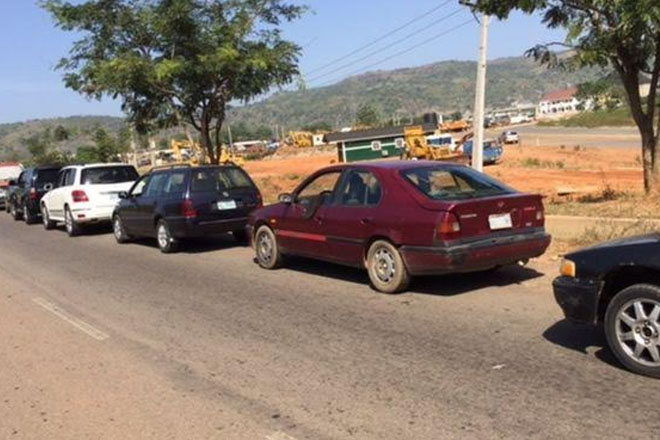 (BBC) A severe fuel crisis has hit Nigeria with long queues of angry motorists waiting for hours outside petrol stations in major cities to fill up.

Importers are accused of withholding petrol because of a payment dispute with the government, which they deny.

This is the biggest fuel shortage in Nigeria since President Muhammadu Buhari took office in May.

Nigeria is Africa’s main oil exporter but imports most of its petrol because it lacks the capacity to refine it.

The fuel is imported at a subsidised price under a scheme operated by the state-owned Nigerian National Petroleum Corporation (NNPC).

Earlier this month, the government approved the payment of $2.1bn (£1.4bn) to the importers, or wholesale fuel sellers, to settle subsidy claims.

However, payment has been delayed because parliament has not yet approved it.

But it seems that President Buhari is trying to stick to the law by refusing to release such a large sum of money without parliamentary scrutiny, he says.

Mr Buhari took office partly on a pledge to curb corruption in the oil sector.