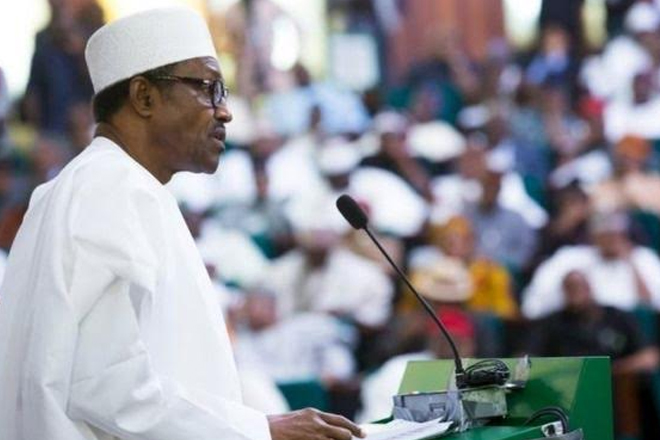 In his first budget since his election victory in March, Muhammadu Buhari said he would spend $31bn (£20.8bn) in 2016 on infrastructure and the economy.

However, Nigeria has been hard hit by the falling price of oil.

Petroleum exports make up 90% of total overseas revenue, according to the Opec oil cartel.

The country’s budget deficit is expected to double to 2.2 trillion naira ($11bn, £7.4bn) next year and Buhari said the government would seek funding overseas of 900bn naira as well as 984bn naira domestically.

Oil prices have fallen from about $55 a barrel since the beginning of the year to around $36-$37 and Mr Buhari said that of the 3.9 trillion naira revenue forecast for 2016, just 820bn will come from crude.

Mr Buhari said: “This huge decline is having a painful effect on our economy. Consumption has declined at all levels. In both the private and public sectors, employers have struggled to meet their salary and other employee related obligations.”

The president pledged to improve tax collection and invest in other industries including mining and agriculture. “The Nigerian economy needs to move away from dependency on oil,” he said.

Nigeria’s unemployment rate is growing, up from 8.2% in the second quarter to 9.9% between July and September according to official figures. Inflation is also rising, hitting 9.4% in September, on fuel shortages and higher food prices.

However, Mr Buhari said he expected Nigeria’s economy to grow by 4.4% next year.

“The 2016 budget, as outlined, is designed to ensure that we revive our economy, deliver inclusive growth to Nigerians and create a significant number of jobs,” he said.