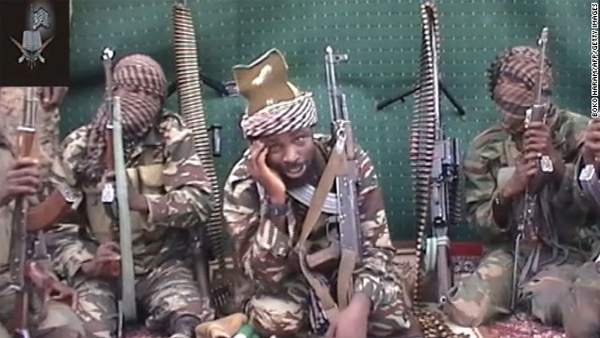 (CNN) — Nigerian police have arrested a man claiming to be Boko Haram’s “chief butcher” in an area identified as the Balmo Forest of northeastern Nigeria.

Detectives arrested Mohammed Zakari, 30, as he fled from what police and the military describe as an intensive counterinsurgency sweep in the area.

Zakari is accused in connection with the deaths of seven people, including women and children, according to Nigerian police.

He is also accused of taking part in an April attack against Nigerian customs officers in Kari, police say.

Boko Haram is a fundamentalist Islamic militant group based in northern Nigeria whose name translates as “Western education is forbidden.” Its members are accused in dozens of brutal attacks against Nigerian government offices, churches and schools since 2009.

Human Rights Watch said Tuesday the group is responsible for at least 2,053 civilian deaths in 2014. The group based its account on media reports and field investigations.

In May, the group abducted more than 200 girls from a boarding school in the town of Chibok, setting off worldwide condemnation of the group and prompting Western nations to send troops and aid to the region to help with the search for the missing girls.

Last month, Boko Haram militants held residents in the village of Kummabza hostage for four days, abducting more than 60 females and killing 30 men. The women later escaped when militants left them alone in a camp while they battled Nigerian soldiers.

Nigerian troops have been conducting intensive efforts against the group in northeastern Nigeria for days, according to government statements and Nigerian media reports.

The military said it has routed terrorists from the Balmo Forest region and uncovered weapons caches as well as uniforms worn by Nigerian security services, according to Nigeria’s Ministry of Defence.