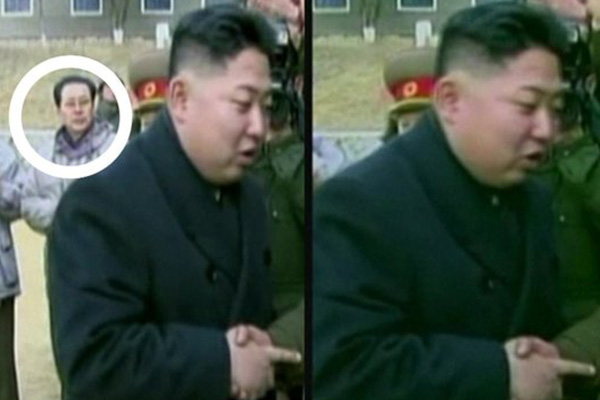 (BBC)—North Korea has broadcast images of the once powerful uncle of leader Kim Jong-un being removed from a meeting, confirming reports of his dismissal.

The dramatic images show Chang Song-thaek being escorted from a party session by uniformed guards.

The state news agency KCNA accused Mr Chang of forming factions against the state, corruption and “depraved” acts such as womanising and drug abuse.

Analysts say such a public dismissal is unique and could signal a wider purge.

It is the biggest upheaval in North Korea’s leadership since Mr Kim succeeded his father two years ago. Seen as an economic reformer, he handled talks with Pyongyang’s only major ally. China,

The KCNA state news agency said the decision was announced after a meeting of the ruling communist Korean Workers’ Party Politburo over the weekend.

News of his dismissal filtered out in South Korea last week along with reports that two of his close aides had been executed for corruption. It is unclear when these latest images date from.