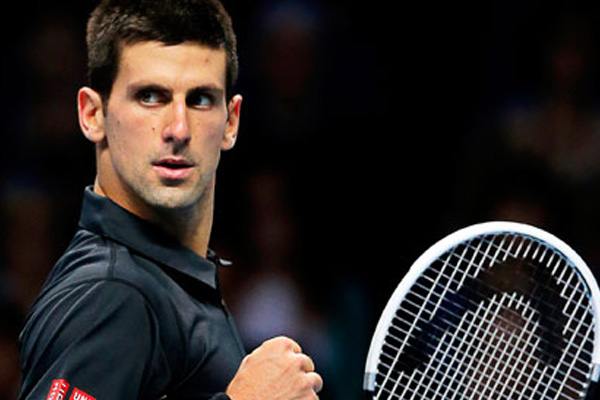 Wimbledon, England (CNN) — Roger Federer and Eugenie Bouchard, one experienced and the other almost a rookie, started as clear crowd favorites in the men’s and women’s finals at Wimbledon this weekend.

They went 0-for-2 — but in contrasting fashion.

After Bouchard was crushed by Petra Kvitova on Saturday, Federer was only just denied a record eighth title at the All England Club by Novak Djokovic in a classic Sunday that saw the duo combine for 143 winners and a smallish 56 unforced errors.

The higher-profile guests in tennis’ grandest arena included David Beckham and the Duke and Duchess of Cambridge.

The partisans almost got their way too since Federer had the advantage in the fifth after he rallied from 5-2 down in the fourth, saving a match point with an ace originally called long.

He was thus on the verge of becoming the first man since 1948 to win a Wimbledon final after fending off a match point.

“I kept believing and trying to play offensive tennis,” Federer, watched by his young twin daughters, told reporters. “I’m happy it paid off in some instances.

“As you can imagine, I’m very disappointed not being rewarded with victory.”