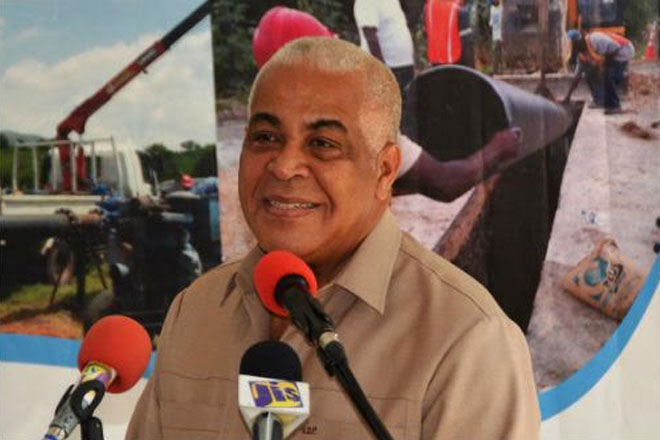 Kingston, Jamaica (JIS) — The National Water Commission (NWC) is looking at reactivating several of its unused wells, as part of short-term measures to alleviate the impact of the prevailing drought.

This is deemed a viable option to provide additional water, given the critically low levels in reservoirs serving various communities.

According to Water, Land, Environment, and Climate Change Minister Robert Pickersgill this alternative has already been tried and proven successful, with the treatment of water in the Ballater Avenue well in St Andrew, owned by Tallawah Investments, using the de-nitrification and chlorination process.

This well, he said, is capable of providing over one million gallons of water per day for domestic and commercial/industrial use.

“Based on the success of this private/public partnership, the NWC is positioning itself to encourage more private sector investment in the water sector. To this end, Expressions of Interest have already been invited,” he said.

The , minister was speaking at a press conference on July 1, at the offices of the National Environment and Planning Agency (NEPA) in Kingston, to provide an update on plans to mitigate the drought.

Pickersgill said the NWC is seeking to source and channel additional water from several wells in the Corporate Area into the distribution network, as soon as possible.

These wells include those located at: Rennock Lodge, Montgomery Corner, Hampstead, Cockburn Pen, and Trench Town.

“Additional treatment will be undertaken to ensure that the water supplied conforms to public health standards. We estimate that approximately 5 million gallons per day of additional water will be produced to augment existing supplies,” the minister said.

Meanwhile, the NWC is reporting that as at June 29, the storage level at the Mona Reservoir was 32.8 per cent, or 264.8 million gallons, out of a capacity of 808.5 million gallons.

“There has also been a reduction in output at a number of smaller treatment plants and supply systems in affected parishes,” the minister said.