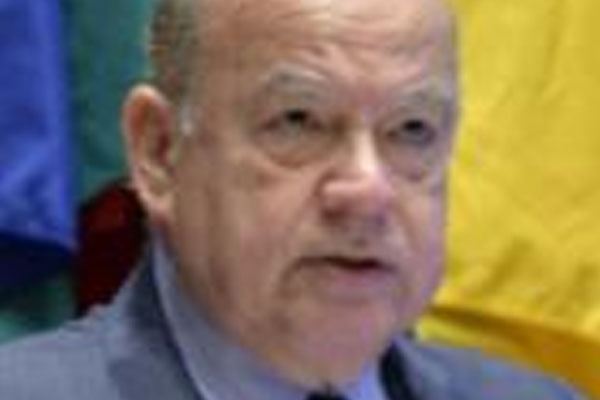 Washington, USA — The secretary general of the Organization of American States (OAS), José Miguel Insulza, took part on Monday in the inauguration of the 53rd Directing Council of the Pan-American Health Organization (PAHO), with a speech in which he highlighted the joint work of the two institutions to address expressions of the worldwide drug problem, among other areas of cooperation.

Insulza put special emphasis on the efforts of the OAS and PAHO to find a new approach to hemispheric drug policy.

“This common effort has led to, naturally, the consideration of the problem drug use as a public health problem rather than security problem,” he said.

The OAS leader recalled that under the Joint Program of the Inter-American Commission for Drug Abuse Control (CICAD) and PAHO, through collaboration between the ministries of health and the drug commissions of the countries of the hemisphere, sub-regional initiatives are being developed and priority areas established for joint action by countries to develop public health policies on drugs. He said that these joint efforts are also helping to promote a higher quality of care for addicts and consumers at risk.

“The public health approach wound up being adopted by consensus by our countries in the recent OAS Special General Assembly, held on September 19 in Guatemala. Our joint work plan calls at the sub-regional level for ministers of health and national drug commissioners to work together,” he added.

Insulza said that, in addition, the OAS and PAHO have joined forces on issues like “health and safety of workers, health education, nutrition, care for people with disabilities, control of HIV/AIDS, human rights, and on such important actions as support for the Republic of Haiti.”

The OAS leader also noted that PAHO has been a decisive factor in substantive compliance with the Millennium Development Goals in the region, and must continue to fulfill this leadership role in setting the agenda for the new millennium that is currently being discussed the United Nations.

“We hope to work together, within the Inter-American System, toward the setting of a common position of our region in this regard, including new targets to combat poverty and basic health problems that still persist,” he said.

In another part of his address, the OAS secretary general noted that in the Seventh Summit of the Americas, to be held in Panama in April 2015, the issue of development cooperation will play a central role.

“The great theme of social inclusion has become the focus of the hemispheric agenda in recent years, to the extent that our nations have come to recognize that the full democratic development of the Hemisphere is not possible if the levels of inequality, discrimination and exclusion remain, and continue to affect large groups of citizens of our region,” he said.

In this regard, he added that “access to health care is a crucial aspect of social inclusion,” and will be part of the agenda of the Summit.

For her part, the director of PAHO, Carissa Etienne, stressed in her speech that the hemisphere is on the path to eliminating the transmission of HIV from mother to child, as well as congenital syphilis.

“Over 75 percent of people living with HIV in the region have access to antivirals,” said Etienne, and recalled that the Americas are the first region in the world to eliminate “poliomyelitis, smallpox, measles and congenital rubella syndrome.”

Etienne said significant achievements have been made in controlling the consumption of tobacco, and said that one of the main objectives of the agenda of PAHO is to achieve universal health coverage. She also mentioned infant mortality and childhood obesity as other important challenges the region is facing.

Etienne referred to the Ebola crisis that has erupted in some West African countries, and called on countries of the region to keep their guard up, through the mandates of the International Health Regulations (IHR), especially those related to surveillance, early detection and management and response of outbreaks, and in building even greater capacity for disaster preparedness.

“This Ebola epidemic is a dire situation, and it is going to get worse before it gets better,” she warned.

Meanwhile, the deputy director of the WHO, Anarfi Asamoa-Baah, said the 53rd meeting of the Directing Council of PAHO is an opportunity to agree on the agenda of future challenges facing the region. In this regard, he warned of the problem of childhood obesity in the Americas, noting that the Hemisphere is the region with the highest rate of childhood obesity in the world.

Asamoa-Baah said, “Infectious diseases of the future will be different from the past,” noting that globalization plays a central role in this change, the increased mobility of people from one continent to another.

In this sense, he cited the Ebola outbreak in Africa and warned that unless all countries are prepared to face the outbreak, the region will not be prepared.

The chief of the Division of Social Protection and Health of the Inter- American Development Bank (IDB), Ferdinando Regalia, recalled, for his part, that the expectation of economic growth in the hemisphere’s countries in the coming years will be less than it was in recent years. Regalia said that, despite this, gains can be made in the area of health, and as an example said “the key lies in improving the efficiency of national health systems.”

Meanwhile, the minister of health of Ecuador and outgoing president of the Directing Council of PAHO, Carina Vance Mafla, noted her country has just eliminated the disease Onchocerciasis , an infectious disease that is transmitted by a river fly and that causes blindness. Vance Mafla said Ecuador was declared free of this disease by the WHO.

The Secretary of Health of the United States, Sylvia Mathews Burwell, who spoke at the inaugural session of the Council as host of PAHO, emphasized the benefits of health reform driven by the administration of President Barack Obama, and said that during the first year since it came into force, it has extended the benefits of health coverage to more than ten million people.

The PAHO Directing Council meets once a year in those years when the Pan American Sanitary Conference (the maximum authority of the regional office of the WHO) is not held to establish the policies and priorities of the organization. Participating delegations include the health authorities of the 35 member states of PAHO and representatives of its four associate members and two observer states. In additions to establishing mandates for programs of technical cooperation of PAHO, the meeting also provides a forum for technical and government representatives to exchange information and ideas on health in the region.