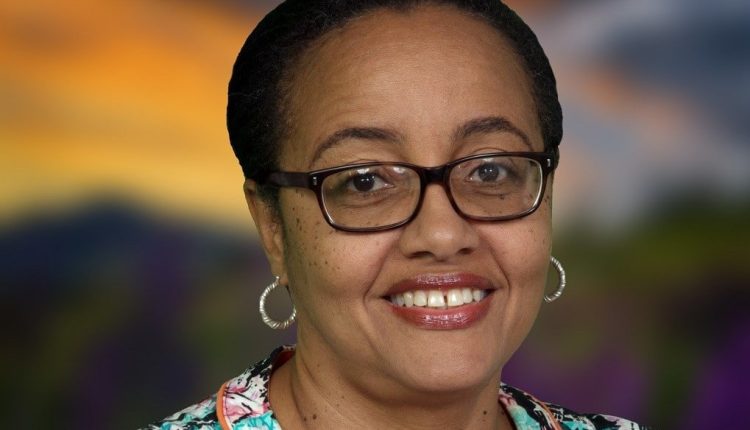 Today, Monday, March 15th St. Kitts and Nevis joins the rest of the international community in observing World Consumer Rights Day, under the theme: “Tackling Plastic Pollution”.  The theme is meant to raise awareness and effect positive consumer attitudes and practices insofar as sustainable development is concerned.  In fact, the theme builds on the one for last year – “The Sustainable Consumer” and focuses on the key role of governments, consumer rights’ groups, civil society and the private sector in addressing the global plastic pollution crisis.

Each year, since March 15th 1983, the United Kingdom (UK) based Consumers International (CI) sets aside time to showcase the importance of protecting all of us as global citizens – since we are, by definition, the consumers of goods and services which the world produces.  The 60-year old CI uses the annual celebration of World Consumer Rights Day to focus on its mandate of supporting the creation of, and mission of consumer advocacy groups and agencies in some 100 countries.  The choice of March 15th is also not accidental, given that it was on this date in 1962 when former United States President, the late John F. Kennedy would have become the first global leader to highlight consumer rights, in an address to Congress.  In that statement, President Kennedy stressed to lawmakers the imperative of protecting consumer interests by ensuring that consumers are not made victims of “fraudulent or misleading advertisements and labels”.  President Kennedy also emphasized the needs to make every legislative effort to protect consumers “against unsafe or worthless drugs and other products”; and to safeguard the consumers’ rights to choose from a variety of products at competitive prices.

As St. Kitts and Nevis joins in the celebration of World Consumer Rights Day under the theme “Tackling Plastic Pollution”, it is an opportunity for us as consumers, business owners and as Government to place significant emphasis on the need for environmental protection from the harmful effects associated with the improper disposal of the plastic waste we generate on a daily basis.  Governments and environmentalists alike are aware of the many benefits of plastic, particularly its usefulness in our daily lives.  There is ample evidence to support the facts that plastic is cheap and relatively safe to use; that it is easily converted into any conceivable shape; that it is strong and durable; that it has been proven to be a game changing material in multiple production process since the 1950s; and that its pervasive use has brought countless benefits to industries such as health and wellness, engineering, food and beverage, agriculture, and information and communications technology (ICT).  Research also supports the fact that since its introduction into production processes some 70 years ago, over 8.3 billion metric tonnes of the material have been produced.

Regrettably, in spite of its many uses, the manner in which we, as consumers, have mishandled plastic after use, is now cause for growing concern, given its negative impact on our environment and ecosystems.  So grave is the urgency with which plastic pollution must be tackled in a sustainable manner, that every global citizen has a responsibility to implement measures that address the effective disposal and/or replacement of plastics in production.  To do otherwise would result in detrimental and irreversible consequences for life on land and in water – given that the problems will transcend human, animal, plant and marine life as we know it – all of which are addressed in Sustainable Development Goals (SDGs) #3: Good Health and Well-being; #6: Clean Water and Sanitation; #14: Life Below Water; and #15: Life of Land.
In Breaking the Plastic Wave, a report produced by The Pew Charitable Trusts & SYSTEMIQ in August 2020, it was strongly noted that in order to effectively address plastic pollution, a global response was warranted – one that requires well-coordinated, synchronized and international solutions that are sustainable in nature.  The justification for this approach is based on the following facts that emerged from the report:

I should state at this point that in a separate report done in July 2020 by the Basel Convention Centre for the Caribbean and the Inter-American Development Bank (IADB) plastic waste distribution of the Caribbean stood at some 1,380 tonnes.  In an effort to do our part to confront this issue the Department of Environment on St. Kitts and the Nevis Historical and Conservation Society conduct annual coastal cleanup exercises.   I would like to take this opportunity to highlight the top three items which were collected in St. Kitts and Nevis for 2019:
To reduce plastic waste and the associated negative effects, recycling programmes have been implemented in many countries, particularly in urban cities where a significant proportion of the population resides.  However, in reality, these programmes are largely under-utilized. Much of this is due to the chemical composition of plastic which can only be down-cycled as opposed to undergoing a natural disintegration with minimal or no environmental impact.  Case in point: a single-use plastic bag can be transformed into a plastic luncheon tray, but will never ever be a plastic bag again – nor can it be used as a natural fertilizer.  It is for reasons such as this why a growing number of first world countries such as the United States of America (USA) and Canada – and even some of our Caribbean neighbours such as Antigua and Barbuda – have already passed environmental legislation to either restrict or ban single-use plastic bags.  To their credit, the leadership of our Government’s Department of Environment would have been engaging in concerted efforts for quite some time to address our use and disposal of plastics; the introduction of recycling programmes; advocacy for positive recycling practices among consumers; and also consultations regarding the elimination of single-use plastic bags via legislative support.  The Department has, in fact, developed a five-year plan in response to the mission of effectively managing plastic pollution.

The Department of Consumer Affairs has planned an entire week of activities to showcase World Consumer Rights Day.  Among the major events planned for Consumer Awareness Week are the following:

We encourage the public, wherever possible, to support the various activities for World Consumer Rights Day and also Consumer Awareness Week 2021.  We remind everyone that we are all consumers of the goods and services produced, marketed, sold and bought in our Federation.  As such, consumer protection and consumer rights constitute everybody’s business.  The Department of Consumer Affairs also reaffirms the fact that an informed consumer is also an empowered consumer and, as such, the Department is serious in its mission and mandate to protect the rights of all consumers.  We continue to encourage the public to feel free to report any perceived instance of consumer rights’ infringement and, that once reported, such instances will be fully investigated with a view to satisfactory redress.

As Minister of International Trade, Industry, Commerce, Consumer Affairs and Labour I am happy to have been given the opportunity to address you on World Consumer Rights Day and to officially open Consumer Affairs Week 2021.

May God bless us all.  Thank you for your attention.