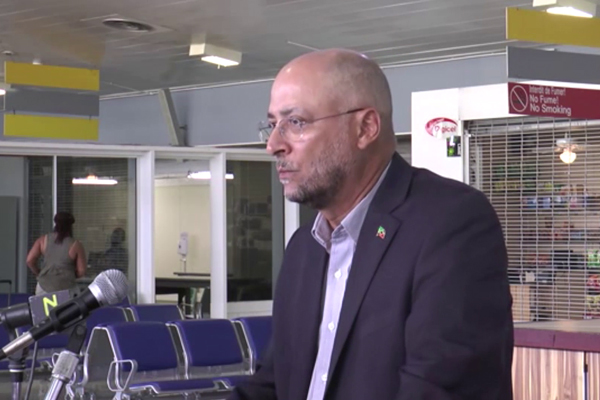 (ZIZ News) — Travellers departing the Robert L. Bradshaw International Airport are expected to have an improved experienced following an overhaul of the departure area.

Officials of the St. Christopher Air and Sea Ports Authority (SCASPA) and other government representatives gathered at the airport for the official launch of the newly renovated Departure Lounge.

SCASPA’s Chief Executive Officer, Jonathan Bass, thanked those involved in the upgrade, particularly the Republic of China (Taiwan), for partially financing the project.

He said, “A grant of three hundred thousand U.S. dollars ($300,000) was received from the Taiwanese Embassy and so we are extremely grateful for the Embassy of the Republic of China, Taiwan to partner with us again because they have done so several times before on this project.”

Minister of International Transport, the Hon. Richard Skerritt noted that the renovation is symbolic of SCASPA’s thrust to stay in line with international standards of customer expectations.

This revamp is part of a larger project which included the renovation of the arrival hall in January of 2013.

The next phase will be the upgrade of the check-in area on the ground floor.