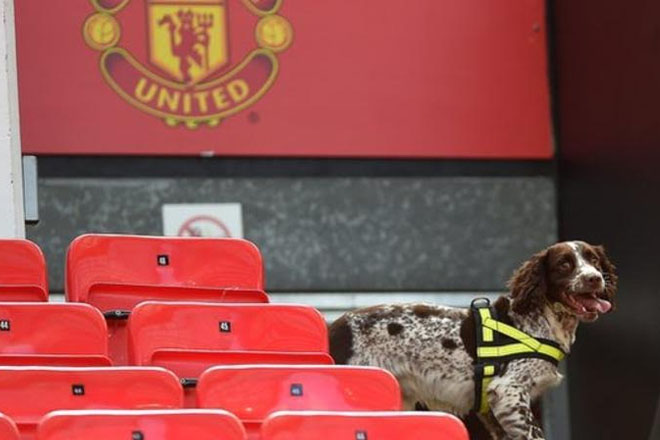 A suspicious item discovered at Old Trafford on Sunday was a training device, police have confirmed.

The match between Manchester United and Bournemouth was called off after the device was found shortly before kick-off. Bomb disposal officers were called and carried out a controlled explosion.