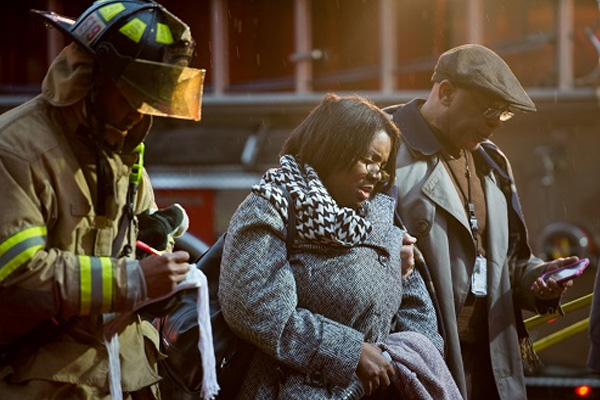 One dead after Washington subway fills with smoke

Washington, United States (AFP) — A woman died and dozens of people were injured after thick smoke filled a subway tunnel in the US capital Monday during the evening rush, officials said.

A spokeswoman for the Washington Metropolitan Area Transit Authority (WMATA) confirmed the incident, which caused mayhem in the second-busiest US mass transit system after New York.

Washington Emergency Medical Services said that 84 people were taken to hospital with “various injuries” and that one firefighter was also injured. Some 200 people were being evaluated, it added.

WMATA said emergency crews were deployed and that the station was being aired out.

“Metro Transit Police and fire department personnel are on scene at L’Enfant Plaza for smoke in the station,” the metro system said on its website.

“Metro has activated tunnel fans to ventilate the area.”

Smoke filled the L’Enfant Plaza subway station in the center of the city during rush hour, prompting the evacuation of startled passengers and forcing post-work commuters to find other ways to get home.

Photos posted on social media showed passengers crammed into smoke-filled trains covering their mouths and eyes, while the subway tunnel was engulfed with thick gray fog.

WMATA said on its website that the “source of the smoke has not been determined” and that the National Transportation Safety Board (NTSB) had launched an investigation.

NTSB confirmed it was leading the probe, and said on Twitter later Monday “investigators are on the scene.”

The station was temporarily closed Monday before reopening for partial service, but transport authorities said trains could be delayed Tuesday.

Washington Mayor Muriel Bowser applauded emergency workers and sent her condolences to the family of the deceased commuter.

“We are all saddened by today’s fatality aboard the Metrorail, and our thoughts and prayers go out to the family of the passenger who passed away,” she said in a statement.

The trains and buses provide about 2.3 million trips per year, according to WMATA.